Hames Sharley has reaffirmed its position as one of Australia’s leading multidisciplinary practices. The announcement of ambitious equity targets and the promotion of four new Directors and an Associate Director bolster their team as they anticipate a bright and exciting future.

“What got us here won’t get us there,” remarked Chair William Hames, as he announced the promotions to a rapt internal audience.

Hames explained the unique and diverse skills and backgrounds of these five senior employees will help Hames Sharley to further navigate an unpredictable but exciting future environment.

Dustin Brade, Shannon O’Shea, Andrew Mailler and Dean Symington were nominated and confirmed as Directors at the firm’s most recent Board of Directors’ meeting, where 40/40/20 targets for gender equity at all levels were also agreed to.

This target also aligns with a 40% representation target for the Executive Management Group by 2022. Hames Sharley also committed to an interim target for the Board (in line with the above 2025 target) by 2023.

In similar news, the growth of Hames Sharley’s SA Studio has continued and created an opportunity to promote Dorota Chmielewska to Associate Director – a role she has proved to be more than capable of taking on. The newly appointed Senior Associate has been instrumental in the studio’s recent success, alongside local Directors Leon Gouws and Peter McGregor and Managing Director Caillin Howard.

The latest director appointments are part of Hames Sharley’s future-focussed approach; they represent an exciting and diverse mix of talent, experience and backgrounds. These unique perspectives will continue to help Hames Sharley focus on its core goal of enabling communities to flourish.

Managing Director Caillin Howard said the five nominees were selected for their exemplary success and leadership across Hames Sharley’s Practice and their commitment to Hames Shartley’s core values, behaviours and design innovation.

Further, William Hames noted that “the board is nowhere near full” and that there are present Hames Sharley staff, as well as individuals in the industry who are yet to work for Hames Sharley, that he looks forward to welcoming to the Board in due course.

The additions to Hames Sharley’s key strategic body will unlock greater opportunities for the practice, their clients, and the communities they serve.

A brief introduction to these five newly promoted staff is found below:

As the NSW Studio Leader, Dustin Brade has played a key role in driving the growth of the Sydney studio. He is a tireless advocate of Hames Sharley’s approach within one of Australia’s largest markets. Dustin’s tenacity and humility as a leader creates an authenticity that is refreshing in an often-transactional environment.

Shannon’s career has been one of commitment, communication and collaboration. Her excellence in urban development is surpassed only by her genuine passion and care for people and communities. An advocate for equity, accountability, integrity and a true leader across the national firm, she provides a critical voice to improving our communities through design.

Andrew’s transition into the role of Finance Director has been a true success, playing an instrumental role in introducing further clarity and structure to Hames Sharley’s internal financial and reporting system. His formal addition to the Board of Directors will further unlock the firm’s capacity to operate at the highest level of the built environment, both locally and internationally.

Dean’s growth as a leader has been a testament to what tenacity, self-reflection and collegiality can achieve within the Hames Sharley practice. He leads the Office & Industrial portfolio through commercial acumen and technical nous. Dean is an outspoken member of Hames Sharley’s Champions for Change and works closely with staff as a mentor and coach, helping develop the built environment’s future talent.

Dorota Chmielewska has proven to be an invaluable addition to the SA Studio and the entire firm, leading and supporting several complex projects across Hames Sharley. Her understanding of the demands and inequalities within the construction industry allows her to offer thoughtful advice and support to improve confidence for women across the board. 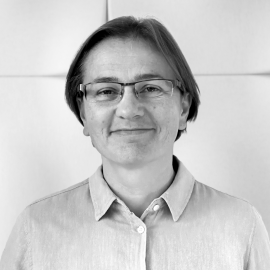