Hames Sharley's wealth of knowledge stems from its rich history. The firm was founded in 1976 by William Hames and David Sharley on the principle that design should be timeless. 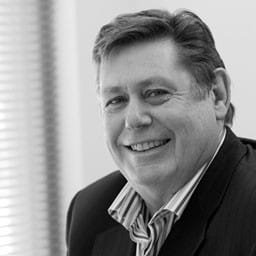 All companies commence with somebody’s belief that they can do it better. I left a ‘secure’ job to commence an architectural practice and with the assistance of friends, who became clients, I designed mainly exemplar pergolas, additions and even the occasional house. I quickly learned that I was now in a business. I rationalised that I was in the ‘business of design’. That raison d’être continues today and furthermore, the aspirations ‘to do it better’ remain a cornerstone of our business.

Shortly after this lonely commencement, Paul Drechsler arrived with whom I had previously worked in another architectural practice. The number of pergolas and additions doubled.

Out of our daily conversations concerning ‘conquering the world’ we concluded that we both needed to expand our knowledge. Instinctively I realised I needed to know more about cities and urban design and thus commenced a lifetime knowledge journey. Paul left to satisfy his environmental aspirations.

David Sharley arrived in August 1972 in time to ‘relieve me of duties’ as I left to go to Harvard to study City Planning and Urban Design. With a handshake, our partnership was formed based on a loose precept that he would take control and complete the projects I had commenced and if I returned we would be partners going forward. In late 1975, I returned to Australia and in January 1976 Hames Sharley commenced as a partnership.

At the same time, Paul Drechsler had completed a degree in Geography and Biological Science (Ecology) as a prelude to practicing environmental planning. Thankfully Harvard had expanded my horizons and convinced me that architects could not singularly create the pragmatic solutions demanded by our time. With Paul recommencing with us, a collaborative multidiscipline practice became possible.

In January 1976, a non-architectural entity - Urban & Environmental Planning Group (UEPG), was established and became the first planning and research arm of Hames Sharley – a concept we still cherish today. We quickly became involved in the Growth Centre Program, a federal government initiative, with me going to Albury-Wodonga to consult to the Albury Wodonga Development Corporation, and then Orange for the Bathurst Orange Development Corporation. From Boston to Albury-Wodonga to Orange was a cultural shift. In hindsight, it engaged me with some of the best and brightest who went on to be future leaders in planning, architecture and planning education. To name but a few: Mike Kerry, a future leader in state government and local government planning, John Denton, of now the international practice of D.C.M. and John de Monchaux, who became Dean of M.I.T.

Meanwhile in Adelaide, Paul was building the UEPG practice focusing on applied economic research, environmental planning, town planning and strategic planning. David continued the business of architecture and championed our way into the retail arena.

On the 9th of April 1979, the partnership of Hames Sharley became a registered company.

In January 1987 sadly, David Sharley passed away. Everyone in the company was devastated. His young son, Joshua asked me if we would keep his name as part of the company. Joshua, we have kept that promise.

I became the sole shareholder from that date until 23rd June 2008.

In the 21 intervening years, Hames Sharley attracted an extraordinary number of talented professionals. Some remain to this day, while others went on to build their own separate successful businesses driven by the same precept that had originally inspired me. It has been said we have trained many of our best competitors. I believe that is a positive notion, as we have contributed to driving ‘the business of design’ to even higher standards. No matter where they are now, all remain friends and part of the Hames Sharley family. Some have even returned.

As the business grew, its demand for more extensive and additional skills and talent was insatiable. By the mid 80’s there were seven of the finest professionals I had ever had the pleasure of collaborating with. A Risk Analysis exercise indicated that I, as sole shareholder, was the greatest risk! The solution was obvious, and seven of my most trusted and respected colleagues, who shared the same vision, became equity partners.

As I reflect on the journey to date, it has been shared with both colleagues and clients. The added diversity of skills and personality has made the company so much the richer. The client commitment and their ideas and aspirations coupled with our combined skills and integrity have created an admirable contribution to planning, architecture, landscape architecture and interior design.

Today the fundamentals remain: We can do it better; We remain in the ‘business of design’; We are a collaborative force of different disciplines with radical and free thinkers, in pursuit of knowledge to develop the ideas and aspirations of our clients with skill and integrity.