Interior Architect Ben Fetherstonhaugh joined as a multi-disciplinary designer, having worked between architecture and interior design, bringing experience of several projects within workplace and retail interiors from across Australia.

In 2018, Ben was a recipient of the Australian Interior Design Awards for Commercial Workplace and later received an award for product design in 2019 from the Design Institute of Australia.

Interiors Principal Hollie Raymond-Baker announced the appointments as ‘an exciting milestone for our team, increasing our depth and capability in concept design and exceptional project execution.’

Workplace Portfolio Leader Stephen Moorcroft added that ‘these appointments are in response to a growing interiors workload in Perth and are also due to the relocation of senior design talent to our Melbourne studio as our team broadens its sector coverage nationally.’

The latest announcement from Hames Sharley comes as the firm prepares to move to its new premises in Perth’s Hay Street Mall.

Hames Sharley is a multi-disciplinary firm with studios in Adelaide, Brisbane, Darwin, Melbourne, Perth and Sydney. Renowned for its creativity, diversity of talent, and employee development. 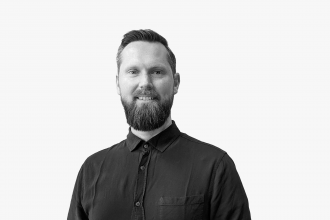