A Parti in Exurbia? The language of architecture …

From science to marketing, just about every profession has its own unique language, and architecture is certainly no different. From the technical and metaphoric, to the downright unintelligible, architects use a plethora of words to explain, construct and bamboozle.

From science to marketing, just about every profession has its own unique language, and architecture is certainly no different.

From the technical and metaphoric, to the downright unintelligible, architects use a plethora of words to explain, construct and bamboozle.

And while we know that clear communication is essential when dealing with clients, for anyone working on a building project who might not know their “forms” from their “functions”, here are a few simple explanations for some of the architectural world’s most unnecessarily obscure terms…
No it’s not a gathering of friends! A “parti” in the world of architecture is what marketing gurus or consultants might refer to as a strategy or lightbulb moment.

Coming from the French term prendre parti meaning “to make a decision”, the parti is the architect’s idea or initial thoughts and plan relating to a space and its design.

The parti would usually be delivered or pitched to a client prior to any architectural plans being drawn up and is usually presented in the form of a diagram outlining the broad concept for a space.

In Houzz, architect Buzz Dietrich, discusses the importance of the ‘parti’ and how you can engage with your architect to ensure you’re both on the same page.

“In architect lingo, it (parti) most often refers to the project design’s big idea,” he says.

“As such, a parti typically has less to do with technical, financial and utilitarian issues and more to do with view, massing, scale, transparency, opaqueness and other architectural issues.

“While not every design starts with a parti pris, it’s typically better when it does. The overall guiding idea, or departure point, can strengthen the final outcome, as the design won’t become confused,” he continues.

“An architect will typically tell you up front what the parti is for the design. If not, make sure to ask. It’s one way of making sure that you and your architect are on the same page as you work together to create the home of your dreams.”
Quite simply, the arrangement of openings in a building or construction, fenestration covers the design and proportions of all windows, doors, skylights or any other openings in a building.

While fenestration might seem like a fairly dull subject, Steve Price from the Form-Based Codes Institute said in his article Fundamentals of Fenestration, that from a planning perspective, fenestration is essential to our functional and aesthetic enjoyment of a space.

“It’s clearly more interesting to walk past buildings with windows and doors than ones without,” he says.

“Fenestration affects how welcoming the building is, and whether it participates with other buildings in creating a visually harmonized and immersive landscape.”

Geoffrey Ferrell, one of the “originators of the modern practice of Form-Based Codes” further explains the importance of fenestration, as a way of bringing together public and private spaces in harmony.

“A city is an ecological balance of things Public and things Private. Fenestration is the portal between the two.”
Simply meaning “extra-urban” Exurbia is more commonly used by urban planners but is often dropped into architectural conversations too.

First coined by Auguste Comte Spectorsky in his 1955 book The Exurbanites, Exurbia is simply the area beyond the suburbs – commuter towns that sit beyond city suburbs.

In a recent article by Philip Rojc for Planetizen he discusses that many people in the US are now returning to Exurbia.

“Written off (sometimes literally) after the Great Recession, the exurbs are back,” he says.

“Buyers’ motives are largely the same: extreme prices and scarce options closer to the urban core.

“Without viable housing options closer in, young people with families often consider settling down far, far away.”
Also known as piers, piloti are the columns used to support a building that sits above the ground or water.

Whether used to hold up beachside huts in the Maldives, or elevate “Queenslander” homes up north, piloti have a long history of adding aesthetic interest, while also providing practical solutions to building challenges.

Not only great for areas that flood or have ground dwelling threats (like snakes and crocodiles in Darwin), piloti constructions are seen by many designers as an excellent tool for redefining connectivity with the land – allowing for parking, gardens and bring a sense of “lightness” to buildings.

In an article, by Aristotelis Dimitrakopoulos in Greek Architects, he discusses the functionality of pilotis in iconic historical buildings.

“In the Parthenon, columns formulate solely a perimeter stoa and constitute an entirely secondary structural system animating the periphery, while a rigid stone-masonry box is the central core system of earthquake resistance,” he says.

“In the Ville Radieuse, we read that primary intention of pilotis was the undisturbed continuation of the natural landscape under man-made structures. The column grid was merely a necessity – structural – architecturalised; organized into a formal system.”
The mimicking of biologists? Not quite.

Biomimicry is actually the examination of nature (or the mimicking of biology) to solve complex human problems.

A concept used by many designers, particularly architects, Biomimicry is looking at the way nature and biological systems work, their models, systems and processes, to figure out better ways to construct, build, systemise and improve human living spaces, interactions and materials.

It is simply the process of emulating or taking inspiration from nature to answer complex questions, or to solve complex problems.

In an article for WIRED by Katie Scott, she discusses architect Michael Pawlyn’s book Biomimicry in Architecture which delves into a number of uses for biomimicry in architecture and design.

“The book… answers some of the issues that naysayers raise. These include how you could tackle water purification, energy needs and heating in a completely closed loop model where there is no waste,” she says.

“Pawlyn argues that a lot of the technology needed to make this happen is already available.

“But he acknowledges that it is practical issues, including time and money, which are getting in the way of a more widespread use of biomimicry.” 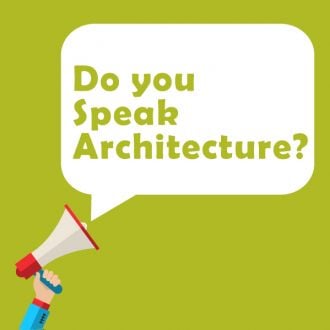