From clay to self-healing concrete – the evolution of building materials

The building materials used to construct our homes and communities have come a long way. Starting out with mud and clay, our earliest ancestors eventually moved to logs and sticks, before progressing to concrete, stone and wood.

Some of the finest buildings of the modern era have been constructed with these materials and have lasted the test of time, but just as today’s tech world is forever evolving, so is the construction industry.

From self-healing concrete to super-strong wood, the next generation of building materials are just around the corner and are going to change the world as we know it.

The great downfall of concrete – the world’s most used building material – is its unavoidable cracking, which can be difficult and costly to fix.

Fortunately, a new material currently being trialled in the UK may just overcome this common and expensive issue.

In the article Five Cutting-Edge Building Materials to Watch in 2016, Blaine Brownell writes about a group of researchers that are currently conducting the UK’s first major trial of self-healing concrete technologies.

Blaine said the trials are evaluating the viability of three types of self-healing concrete: one with shape-memory polymers, activated by an electrical current; another with healing agents made from organic and inorganic compounds; and a third with capsules containing bacteria and healing agents.

Cardiff professor and M4L principal investigator Bob Lark said the team’s goal is to create sustainable and resilient systems that continually monitor, regulate, adapt, and repair themselves without the need for human intervention. With its ideal use being major infrastructures such as roads, tunnels, bridges and buildings.

Professor Abir Al-Tabbaa, University of Cambridge Department of Engineering, told Cambridge TV that in her experience, most construction materials will eventually become damaged – with cracking and corrosion being the most common.

In her opinion, self-healing concrete would eradicate the need to inspect and repair infrastructure, avoiding delays on roads and highways, and the high expense of fixing worn infrastructure.

A perspiring roof? What next?

But as Alex Garavenko writes in Materials of the Future, while sweating rooftops do indeed sound “rather unpleasant”, the idea behind this new building material is to leave you anything but.

Based at ETH-Zurich, a team of tech-savvy researchers have developed unique synthetic mat for roofs that could literally sweat the heat out of a building.

“The rooftop material absorbs water when it rains and only releases it when the heat is raised to a certain temperature,” Alex continues.

“The resulting evaporation will, in turn, keep the house cool – much like the process of human sweat.”

Balsa wood is used for building everything from aeronautics, to sports equipment and furniture – in recent years architects have event experimented with designing entire homes made from the ultra-light-weight and versatile material.

The downfall of balsa wood, however, is that it is difficult to produce, and as a result, can be prohibitively expensive for large building projects.

But according to the article on World Build 365, featuring New Building Materials for the Future of Construction, a team of researchers at Harvard University has created “cellular composite materials of unprecedented light weight and stiffness” to rival balsa wood.

“Fibre-reinforced epoxy-based thermosetting resins and 3D extrusion printing techniques have been used to create the synthetic replacement,” the article stated.

“The researchers used these methods to create a ‘honeycomb’ effect in carbon-fibre epoxy materials.

“The end result is something that could potentially completely replace balsa wood.”

They say that the end product will not only be less expensive than balsa wood, it will also eliminate the irregularity you often see from wood grains which can make precision structure difficult.

Over the past 10 years, significant breakthroughs in super-strong engineered timber products have made it as tough as structural steel or concrete. As Greg Callaghan explains in his Sydney Morning Herald article “for the first time in human history” the stage is set for the construction of tall timber buildings.

In his article New wood: how it will change our skyline, Greg explains that “mass timber” is the collective term used to describe a new suite of structural building materials.

The new structural materials include cross-laminated timber or ‘CLT’, which Greg describes as “multiple layers of wood glued together at right angles under extreme pressure to form a giant wall, ceiling and floor panels,” or more simply, “layers of wood joined together along the same grain for beams and posts.”

“Just as steel, glass and concrete revolutionised super-tall construction in the 20th century, it’s now likely that timber, which has been shown to be vastly kinder to the environment, faster to build with, with next-to-zero waste and far healthier to live with, will do the same as the new century marches on,” Greg writes.

He said he also envisages these new timber-based materials will lead to a “burgeoning” of “new high-rise profiles in Europe, the US and parts of Asia.”

A vertical building solution that will take us from cracking concreates to sustainable future solutions in one fell swoop! 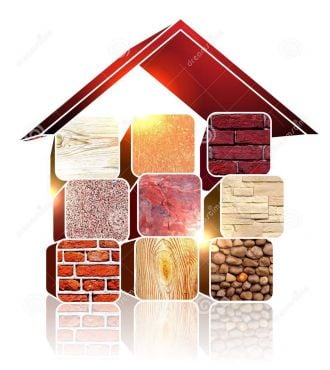