Why cultural diversity is vital in design

Cultural diversity is a critical consideration in the design sector. As our industry looks inward in an attempt to close the diversity gap, we recognise a number of advantages that a more multicultural workforce provides in enabling communities to flourish.

A truer reflection of our society

Australia is a vibrant, culturally diverse society. It is home to the world’s oldest continuous cultures, and since World War II more than seven million people have migrated to our shores.

More than a quarter of our population was born in another country, while three-quarters of Australians identified as having ancestry other than Australian in the 2016 Census. Significantly, 45 percent of respondents stated that at least one of their parents was born overseas.

Australians also speak more than 200 languages, and one in five of us speak a language other than English – of these, more than 60,000 people speak one of 50 unique Indigenous languages. Other than English, the most common languages spoken in Australia today are Chinese, Arabic, Vietnamese and Italian.

Our country can also boast a broad range of religious affiliations. Just over half of Australia’s population identifies as Christian, a figure drawn from more than 70 different separate denominations. While 30 percent of Australians identify as having no religion, one in five of our followers of Buddhism, Islam, Hinduism, Judaism, Aboriginal traditional religions and numerous other faiths.

Unfortunately, the Australian Human Rights Commission published the alarming statistic that 1.5 million Australian adults believe some races are inferior or superior to others. However, the Commission also states that the clear majority of Australians (around 84 percent) believe that multiculturalism has been good for the nation. Most new migrants say they feel a powerful sense of belonging to Australia and that this feeling deepens over time.

But while it’s quite clear that Australia is home to a broad mix of races and cultures, why is cultural diversity so important in the design sector? Simply, diversity of culture and background within a team creates a forum for new and innovative perspectives. Whether it is the nuanced differences in individual’s subjective experiences or the viewing of a project through the prisms of differing cultural perspectives, the creative realm can only benefit from a diversity of thinking.

Diversity in the design of the built environment is vital because it may better enable the designer to empathise with and relate to the requirements of a wider spread of communities. If all designers within a team originate from with one particular cultural group, then their ability to relate and respond to stakeholders of other groups is diminished. Conversely, designers who share a common background or shared cultural values with a wide variety of stakeholders are better placed to serve their wants and needs.

The other side of the coin when it comes to the shared culture of client and designer is the input of the incomer. Any quick search for a list of the greatest buildings of this century reveals that the majority are designed by architects who are foreign to the project’s location. Often an incomer’s perspective can create something new and unique on a city’s skyline, an effect that a local designer may not have produced. In general, achieving a blend of local insight and outsider’s perspective results in some of the world’s best-built environments.

Educational institutions and registration boards around the world each have different standards and methods of teaching, particularly within the architectural sector. It is very common in our own studios to hear architects debating the merits of an architectural degree or registration earned in Australia versus one earned in any one of the dozens of other nations represented by our staff. The conversations tend always to lean towards a bias for the individual’s own place of birth, however, the key takeaway is that each brings something new to the design table. Over time, these multi-national lessons can be shared with the wider design teams.

Promoting the sector within wider society

The public’s perception of the design sector is improved when it is increasingly seen to adopt greater cultural diversity. As a snowball effect, diversity creates more diversity. Increasing accessibility to the profession promotes role models from groups that have been previously under-represented. Whether it be through gender, religion, ethnicity or sexuality, having role models to look up to widens the pool of creative talent entering the profession.

More by luck than design, and probably as a wider reflection of Australia’s population, Hames Sharley’s studios are represented by nationals from more than 20 different countries and cultures. Each brings a spirit of patriotism for their place of birth but, like most Australians, considers themselves fortunate to live in a country with such a rich mix of cultures, languages and backgrounds – and that can only benefit the designs that they produce. 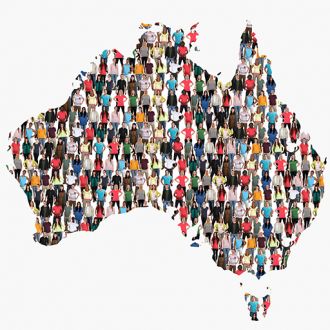