In the late nineteenth and early twentieth centuries, each of Australia’s major cities came of age, their central business districts and closest outlying suburbs formed in the grids and patterns that remain recognisable today.

By necessity, residential and commercial developments clustered around transit networks that were essential to the pre-automobile era, and during this period it was common for companies to take on the dual businesses of real-estate developer and transit operator. The two roles were so closely intertwined simply because it made commercial sense for individual businesses first to develop land and then to use the early profits to invest in transit infrastructure and so maintain long-term financial viability.

As the decades passed, the family car became the prevalent mode of transport, and the requirement for close proximity to other forms of transit declined to the point that these alternative options became an afterthought in the ambitions of developers and governments alike.

With the end of the twentieth century, however, perspectives would shift again. As a founding member of the Congress for New Urbanism, San Francisco-based architect, urban designer and planner Peter Calthorpe had a core vision to promote sustainable building practices. In his 1993 book The Next American Metropolis: Ecology, Community, and the American Dream he espoused that vision by laying the foundations for the codification of Transit Oriented Developments (ToDs).

Today, a ToD typically includes a transit hub (such as a train or light rail station, or even just a simple bus or in some cases a ferry stop) surrounded by a high-density mixed-use area, with lower-density areas spreading out from the suburban centre. A ToD is typically designed to be more accessible to pedestrians than traditional built-up areas, through the implementation of smaller blocks and a reduction in the amount of land used for roads. ToDs reach their optimum density within 800 metres of their central transit hub, as this is considered the maximum distance appropriate for pedestrians to complete their journeys on foot.

For today’s developers, urban planners and governments, development around transit areas require extremely careful planning. If a development is to support transit, the most obvious and important requirement is that it must be near transport infrastructure. Pedestrian movement patterns are also key as is the pedestrian experience. Once these requirements have been met, the following key principles will allow the project to truly serve and support its surrounding community.

The design and development of a successful ToD should take into consideration the needs and desires of each of its key stakeholders from the initial planning stage. A long-term vision for the resulting project should be carefully considered from the outset including economic and community input and overlays.

All successful developments are reliant on strategic partnerships between the private and public sectors. Private developers bring an understanding of real estate, finance and the essential connection with consumers and communities. On the other hand, the public sector is empowered to ensure that the project’s site is development-ready and holds a strong relationship with its closest neighbours through infrastructure and future planning. The character and texture of ‘place’ are too becoming far more relevant and is an essential ingredient.

Acknowledge that the car is still relevant

While ToDs, by their very nature, look to provide alternative methods of transit to the car, the automobile remains ubiquitous and must in many locations be accommodated for the sakes of those outside the acceptable 800-metre pedestrian zone. If a ToD allows too much parking, the area wastes valuable space and defeats its own primary objective. If there is too little space for vehicles, the economic viability of the project is put at risk by forcing car users to continue along the road to the next neighbourhood, where their needs may be better accommodated. A focus on pedestrian, bicycle and public transport movement is however critical.

The savvy designer can through collaboration overcome these challenges with innovations such as overlapping envelopes for parking, such as those integrated into the Subiaco Square development in Perth. The constant and continued development of new technology will also need to be integrated into transit-oriented developments. This will influence new modes of transport, new job types and ways of living. Cities and their transport hubs and TOD’s must be resilient, smart and flexible with a focus on people, place and future possibilities.

Significant retail developments must focus primarily on target markets, local demographics and experiential factors, over and above proximity to transport hubs. Retail projects must be viable in the short term regardless of any perceived or real increase over time in volume generated by the higher number of residential buildings. A small number of successful and busy retailers are preferential to a larger number of empty or unsuccessful units.

Plan for diversity and sustainability

Much of the demand for housing near transit comes from households earning less than the regional median income. People who live near public transportation reduce transportation costs by owning fewer cars and driving less. If a ToD out-prices and excludes moderate and low-income families, then these families remain in more affordable housing on the outskirts of a region, which necessitates long commutes to jobs. This, in turn, increases congestion and greenhouse gas emissions. Therefore, ToDs that accommodate diversity and dwellings for more moderate incomes will strengthen the regional economy.

One size does NOT fit all

There is no cookie-cutter approach to designing a ToD. Local political circumstances, new technologies and the appetite for investment, not to mention cultural, historical and geographical characteristics all create nuanced differences to the ideal approach. Each ToD development should, therefore, be approached and designed around its own unique situation. Some may evolve with a focus on jobs and employment and perhaps become centres of innovation. They could be based on many possible areas of focus such as education, research, health, sport, tourism, culture, start-ups or simply a mix of uses housing typologies and densities.

In summary, Transit Oriented Developments are here to stay and their prevalence in our future urban centres will continue to evolve and grow – so it’s vital that those planning and designing them stay on the right tracks. 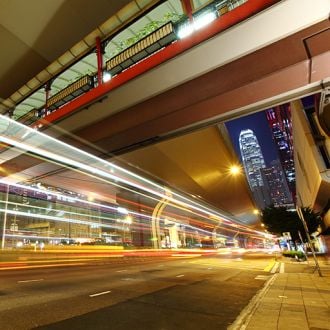