Women architects take a different approach to the design brief, to client liaison, to innovation and to the role of the designer, and their clients stand to benefit as a result. These are the views of 16 women from across three Hames Sharley’s offices and several portfolios, who got together for a round table discussion of the role, if any, that gender plays in design.

Their views are supported by extensive research in the role of women in business leadership. For example, the management consultants, McKinsey and Company, in their 2008 report - Women Matter: Female leadership, a competitive edge for the future - identified nine key behaviours of effective leaders, and found that women apply five of these behaviours more frequently than men. See also our other feature in this week’s newsletter, Women exit architecture.

The qualities identified by McKinsey (see table below) mirror those mentioned by the women participating in the Hames Sharley roundtable, suggesting design quality has a lot to do with leadership style.

The following is a summary of the responses and discussions resulting from the roundtable.

Q: How do women approach design?

Broadly speaking, participants felt women’s people skills and tendency towards collaborative decision making influences their approach to design and interpretation of the brief.

Participants suggested women focus on gaining an understanding of the project in a collaborative, inclusive way. “Women approach design by talking and engaging, and tend to test their ideas with a number of people, rather than try and solve ‘it’ individually,” says Cara Westerman, manager integrated planning and engagement.

“It depends on personality types, but women tend to seek to understand and get answers to a brief before they formulate a response,” says Melissa Hughes, a graduate architect who joined Hames Sharley recently.

Women bring a greater understanding of the “big picture and the process”, participants thought, naming such matters as how the project variables come together, and the context into which the project fits.

Graduate Tamara Kerr notes that it is the range and mix of personalities that bring a diversity of ideas to the project team. However, differences of all types can tend to be mitigated by the systems used in architecture practices, which has both positives and negatives, Franco says.

Q: What are your tools for achieving innovation and creativity?

Reflecting on their own practice, participants used words such as experiencing, sharing, adapting and reflection to describe how they approach innovation. It suggests that women architects tend to call on another of the leadership qualities in the McKinsey report: inspiration.

On a day to day basis director and urban development portfolio leader, Michelle Cramer, notes that many of her ideas come from “sharing and discussion, not necessarily from a book”. While architect Angela Collins says the practice of relaying information to the team, through continuous professional development, is “useful and inspiring”.

Likewise, urban designer Anna Robinson turns to sharing “knowledge and passion” to stoke her creative juices. “I also spend time reflecting on things done previously, what works and what doesn’t, constantly improving. It is about self-criticism, being able to take criticism, and genuinely want a better outcome.”

On the job, women deploy their effective communication skills (which McKinsey finds men and women use about equally) to “guide” clients to accept innovative design and creative ideas. They avoid directly confronting clients, try to amalgamate client ideas with their own architectural knowledge and spend time talking about subjects outside the brief to develop trust, and rapport.

Women do tend to spend longer on preparation, in Westerman’s view, and don’t “wing it”. With a focus on outcomes (not ego), their focus is on honesty and transparency.

Women bring their heightened sensitivity to differences (from their own experiences as women in the architecture profession) to bear on their design and approach to the brief, making sure to consider all the stakeholders and the context of the project, several participants suggested.

How often do clients bring up the idea of gender difference in projects and what prompts such discussions?

Not everyone had experience on this issue, but those that did had some funny anecdotes to relate.

Project-related emails often started with “gentlemen”, says Cramer. A consultant challenged Melissa with the statement: “You’re not my boss!” She firmly responded, saying: “It is, in fact, our job to coordinate. Do I need to be rude to get things done?” (Everyone, take note).

Clients often over-compensated when meeting women professionals for the first time, trying to make everyone feel okay. In Australia, this tends to happen more with older men, but there are instances of cultural difference in which gender is highly relevant, Cramer notes, such as in the Middle East.

Women often have to work harder to build a rapport and to build trust and confidence. Clients can be unsure whether the subjects that they typically use to build rapport amongst men, such as sport, will work in a situation with women.

Sometimes just having a man present can put clients at ease, says town planner, Clare Roszak. “Hopefully a change in culture and communication may eradicate this attitude,” she adds.

Regardless of brief/client/site, what are the key design elements you focus on ·
What financial benefits might planners or designers get when designing with women on-board?

Participants identified many financial benefits for clients, including:
This is a full list of attendees. While not everyone was quoted, many views are represented in the overall comments.

We welcome your views on the ideas expressed in this story. 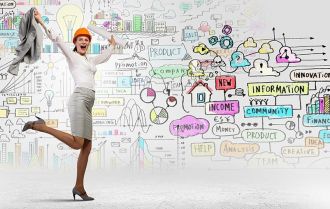