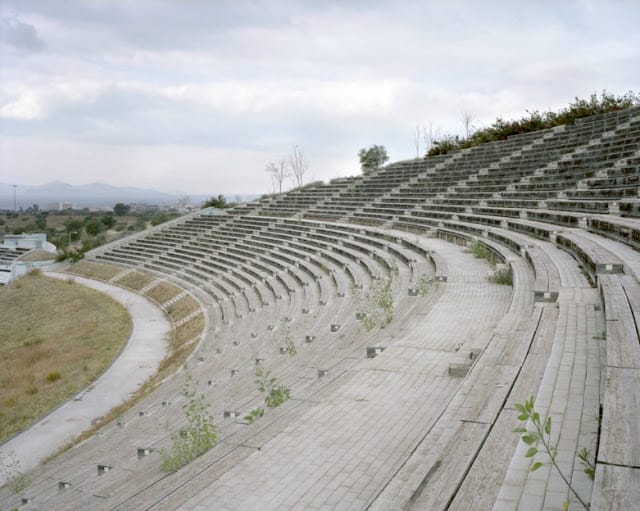 Will the FIFA World Cup or Adelaide’s 2030 Commonwealth Games be any different?

Just before last Christmas, a demolition team began tearing down the Don Valley Stadium in Sheffield – a former industrial town in South Yorkshire, England. Built to host the 1991 World Student Games, the stadium and other facilities were meant to turn around Sheffield’s fortunes after the decline of the steel industry.

Its demolition is a poignant reminder of the legacy of debt and decays the Games left behind. Branded by some politicians as a financial disaster, the Games left Sheffield City Council with a debt of 658 million pounds. Sheffield will continue to pay it down in $25 million-a-year instalments until 2024.

Clearly, this is not the kind of legacy policymakers promise when selling world sporting events to their constituents. Invariably, they promise urban renewal, economic rebirth, and jobs.

These promises underpinned Australian events, such as the Sydney 2000 Olympics. And, as Adelaide weighs up making a bid for the 2030 Commonwealth Games, urban renewal promises are already being made, such as an athletes’ village, which would be later sold to the public, as a way of helping fund the $2 billion event.

But as the dust settles after the end-of-event celebrations, the realisation frequently dawns that too little time and energy went into planning what would happen next. When it comes to widespread social benefits, world sporting tournaments often don’t live up to their pre-event promises.

“The track record is quite poor,” says Dr Andrew Smith from the University of Westminster’s Faculty of Architecture and the Built Environment, who has studied the urban renewal legacies of various international sports events.

“Some cities have been happy with a relatively modest economic impact and the different sorts of publicity generated. But an event that genuinely laid the foundations for urban transformation, and provided long-term employment, and really revived the city’s economic fortunes, those examples are very, very rare.”

Smith is doubtful about the legacy of this year’s FIFA World Cup in Brazil. The event has captured the public imagination and has been widely seen as Brazil coming out as a genuinely developing nation.

But it is early days. The stadiums built in Brasilia and Manaus are unlikely to be used much after the event, as these cities don’t have a big football culture compared to the rest of Brazil, Smith says.

“After the event, some people will ask difficult questions about how much money was spent on those arenas and whether you can justify the money spent on maintaining them,” Smith says.

“If you have eight million children living on the street and much more acute social and economic issues, the question of opportunity costs and alternative uses for all the spending become much more controversial and much harder to justify for me.”


A watery grave for pre-event promises

Big promises made prior to events are often watered down, Smith says. Taxpayers need to be particularly wary of ambitious but vague promises leading up to these events, such as when proponents loosely talk about “regeneration”, “civic pride” and “city image”.

A research report he co-authored published in September 2011 – titled The 2012 Games: The regeneration legacy – looks at the aftermath of a range of sports events that took place over the past two decades.

Assessments of the legacy of the 1992 Barcelona Olympics, for example, are often positive, the report says. The Games laid the groundwork for more ambitious urban regeneration plans delivered in the 1990s and gave a wide range of people access to sporting facilities.

But there are significant criticisms as well, one being that social outcomes were neglected. Plans to provide social housing at the Olympic Village after the event were abandoned when the high market value of the new housing stock became clear and the event has been further blamed for fanning house prices, displacing people and public sector housing to the city periphery.

What went wrong – and right – at the Sydney 2000 Olympics

The Sydney 2000 Olympics is also criticised in Smith’s report. Despite being recognised at the time as the best Olympic Games ever, it too fell short of its lofty social aspirations. Sustainable designs for housing to replace the Olympic Village were abandoned when it became clear
the public sector would have to fund them.

The main stadium was renamed the ANZ stadium after its major creditor ANZ took over management of the asset from the group that owned and operated it. Debts dating back to its construction became unmanageable as the stadium was unable to attract enough big events to fill its
80,000 plus seats.

Still, after recently visiting Homebush where the Sydney Olympics was staged, Smith says he was impressed at the area’s gradual transformation into an events venue, employment hub and residential neighbourhood.

“Some of these projects have had some success, but it’s come at enormous cost,” Smith says.

How cities succeed in using sporting events for urban renewal

The cities that succeed in creating a lasting legacy are those that see international sporting events as an opportunity to launch other initiatives, Smith says.

At the Manchester Commonwealth Games, for example, facilities were intentionally built in some of the most deprived districts in the UK. The recruitment of volunteers was seen as an opportunity to provide training and work experience for the unemployed.

Fortunately, some cities appear to be learning from past mistakes.

The regeneration legacy planning for the 2012 London Olympics was addressed earlier and more convincingly than in most previous cases, Smith says.

However, there are still too many cases that repeat the mistakes of the past, he says. “It’s more difficult to find examples of success than of failure.” 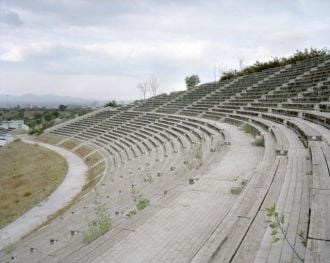