How “checking-in” could revolutionise Urban Planning

We’ve all seen it or contributed to it, the not-so-elusive social media “check-in” that allows you to share where you are, who you’re with, and what you’re doing, with everyone in your social network – including the powers that be at Facebook and Google.

Whether you’re brunching with a friend at a local cafe, working out at the gym or working late in the city, your social check-in is creating a mountain of user-generated data, which according to a recent study from researchers at Carnegie Mellon University could be utilised for improved urban planning.

In an article published on Crossroads Irina Zhorov explores the research from Dan Tasse and Jason Hong, who believe that traditional data collection – as seen with the recent census debacle – can be a much more expensive and labour-intensive undertaking than working with publically available user-generated data.

“We believe that this kind of geotagged social media data, combined with new kinds of analytics tools, will let urban planners, policy analysts, social scientists, and computer scientists explore how people actually use a city, in a manner that is cheap, highly scalable, and insightful,” Tass and Hong wrote in Using social media to understand cities.

Tasse and Hong believe the data could potentially be used to map socioeconomic factors to track the various quality of life factors – such as transportation availability and grocery store usage – within a city or neighbourhood.

They believe this date will allow decision-makers to better understand not only those who live in a city, and how many restaurants are on a block, but who uses the business, which could lead to better planning and a re-evaluation of the community’s needs.

Other researchers in the US and beyond are examining ways to use social media data to track migration and look more closely at urban nightlife activity.

While Zhorov believes that future transportation officials could use social user-generated data to decide bus routes and bike paths, she admits that there is still a lot of work to do.

“For one, social media users are self-selective; young, male, tech-savvy people tend to use it more,” she said.

“One might readily check in at a hip restaurant, but not, as Tasse and Hong point out, at a fast food establishment.

“As such, the data may not be representative of a city and its residents, but rather of very specific groups of residents.” 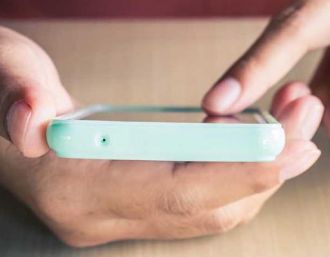