Clarity is an important part of design excellence. One key way we, as designers, help our clients is to create a clear brief. In my view, that brief must deliver an outcome against the client’s business vision and strategy.

For the past 16 years, I have worked on architecture projects for the Australian defence forces – including the army, navy and air force. The defence forces require a wide range of facilities – from master-planning entire barracks and training campuses to designing offices and residences.

What I have observed is that the defence force brings great clarity of purpose to all its work. For example, every project we deliver for them must enhance their defence capability. Likewise, any design element that interferes with the defence forces’ fitness for and ability to do its work can be sacrificed.
Agreeing on a single word – in this case, capability – against which to measure a design fosters great possibilities and imposes limitations.

On the plus side, the vision of “capability” is big enough to encompass other design considerations. Security is one example: clearly, the capability of a defence force is lessened if its security is breached. Austerity is another example: spending the minimum amount required for a building to perform its function so that there is more money for equipment and training.

The overarching vision – capability – and the specific elements needed to realise it – security and austerity – are useful characteristics against which to measure aspects of design.

Do windows in an army gym enhance the soldiers’ fitness training or reduce security? Should the distance between the barracks and the training facilities be a short one to allow for a quick transition, or a longer one, to offer a chance for reflection or for fitness?
Times change. In the case of defence, for example, recruitment practices have shifted a great deal in recent years. In the past, recruits were excited by the opportunity to learn to use the full range of military equipment. The sophistication of the defence force planes, submarines, tanks, radars, weapons, and navigational equipment was a big drawcard for recruits.

Flexibility is important, too

Today, recruits still sign up for the excitement of working with cutting-edge equipment, but they also have their eye on a future beyond the armed forces.

They want to be trained and educated for a successful civilian life. They want to know the defence forces have buildings equipped to university standards, for example, so that the qualifications they gain during their service are highly-regarded by the broader society.

Likewise, attitudes to friends, family and community responsibilities have changed a lot. Defence force housing needs to reflect those changes. For example, can personnel get home as often as possible given their duties? Is the housing attractive and appealing to spouses who already make many sacrifices for their partners?
Every building tells a story about its owner. Their values are enshrined and on show to the world in the design and execution of the project.

I’ve noticed that many defence force projects today, while strongly communicating the client’s commitment to capability, security and austerity, also reveal sensitivity to the less tangible aspirations of their personal – for connection, community and a sense of being at the vanguard of modern work practices, quality training and leadership.

Because of the range of projects the defence force commissions, I often work with other portfolio leaders in our practice to deliver high-quality results.

I believe there is much in the focus and clarity in the approach my client takes to our work together from which developers, real-estate investment trusts, local councils and those who commission public projects can benefit.

About the author: Peter McGregor is an associate director of Hames Sharley, and lead our Defence portfolio. 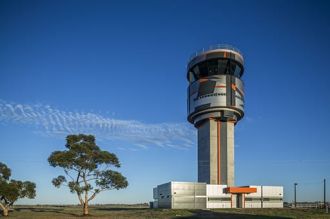