How Mentoring is Helping Gender Equality

When it comes to gender equity in the workplace, considerable effort has been made by employers in the last decade to level the playing field. Even so, research shows women are still disproportionately underrepresented in upper management – without discriminatory intent, a very subtle ‘second generation’ form of gender bias still exists that can block women’s bids for more elevated positions.

Recognising that concerted efforts need to be made to assist women in their career development, many organisations are relying more and more on mentorship initiatives to further erode any remaining bias. Mentoring was found recently to have more impact in fostering diversity and inclusion at work than a host of other training practices, leading to improved pay prospects and career progress for women in male-dominated industries.

“Powerful mentors can be helpful, particularly to women, if they look out for their career interests and become heavily invested in their success,” says Brook McGowan, a Director and Studio Leader at Hames Sharley in Perth. “Mentoring has always played a huge role in the development of our employees – Bill Hames was very progressive in this approach and ensured it was implemented from the beginning.”

Indeed, one of Bill’s greatest successes as a mentor was Rachel Seal, who is now retired but remains a Director of Hames Sharley. Recognising Rachel’s abilities and assisting her to develop them helped her to become involved at the forefront of Western Australia’s initial forays into urban design.

“I have been privileged to have been trusted and mentored throughout my career,” says Rachel.

“Bill took me into the boardrooms of big property developers and inspired my passion for urban design.” Bill’s approach, which mirrors Jan Gehl’s famous quote, “First life, then spaces, then buildings” had a particular resonance for her.

Mentoring requires an effort to empathise and learn about one another, on the part of both mentor and mentee. “You can’t enter this kind of experience with preconceived ideas,” Brook says. “Approach each situation in a unique manner, see the person and their issues or queries in the best possible light, and provide insight from there.”

A key benefit of mentoring is that it allows more junior employees to engage with viewpoints and ideas reflected in the experiences of their team, but Brook believes it makes better and more progressive leaders of the mentor, too. “I’ve learned a lot about seeing the same issues from different perspectives, which has developed my listening, empathy and soft skills, as well as my communication, conflict- resolution and problem-solving abilities.

“Many of my previous mentoring conversations have been around how to deal with issues in the workplace that affect people of both sexes, including office politics, communication and career progression. Mentoring creates gender equity and increases the number of female leaders in more senior positions – finding a way to support women and men to internalise their own leadership identity is key.”

By promoting equality in the workplace, mentoring can also have a substantially positive effect on a company as a whole. “Gender parity has been proven, across multiple locations and sectors, to positively affect business outcomes,” says Brook. “Organisations with greater diversity, have greater retention, higher levels of employee support, overall better performance and faster growth.”

Working closely with Michael Wright, Hames Sharley’s Principal of People and Culture, and Caillin Howard, the company’s Managing Director, Brook has been instrumental in creating people-centric policies reflective of the company vision. “Many of the policies we have been working on for the past 12 months have focused on inclusivity, diversity in recruitment, retention and leadership, and creating a more flexible working environment.”

Through actions like these, organisations can begin to change cultures from the top down: acknowledging that mentoring is one step towards achieving gender parity by the promotion and development of women in the workplace is just the beginning. 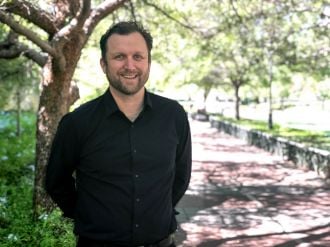