Jennifer Keesmaat answers to the 2.8 million people who live in the city of Toronto, Canada when it comes to that city’s design, planning laws, heritage protection, community health and happiness and transport needs.

Unlike Australia, where our planning is managed by our 565 local councils, with limited state government oversight, Keesmaat’s remit is to make sure that the planning decisions are good for all of Toronto’s residents. “The challenge with multiple [local] governments is that it is a series of puzzle pieces which fit together,” says Keesmaat, who visited Australia earlier this month. “What happens at the edge has a direct impact on the centre, for example. They have to be governed in concert.”

Toronto amalgamated its municipalities about 15 years ago, creating one mayor and one council for its whole city. Keesmaat left private practice as an urban designer in September 2012 to take up the city’s chief planner role.
Keesmaat is high-profile. She has nearly 15,000 Twitter followers, and actively contributes to debates about planning, density, heritage and employment, and is a regular guest speaker. She started a blog, Own your City when she took the job.

The politics of planning

She is on a mission to make significant changes to Toronto.

One critical element of her vision is that the city’s 362 kilometres of wide, stately avenues, now edged by the low-density housing, are transformed to mid-rise housing.

In Keesmaat’s Toronto, mass transit is a big priority. Delivery of an express bus service and light rail – elements of the city’s urban design plan – have been brought forward.

Balanced against these objectives, meanwhile, is her duty to accommodate the city’s heritage. “The heritage conservation district needs to be protected from growth, and to be in keeping with the existing character,” she says.

Toronto’s local paper, the Globe and Mail, reports the city’s problems as: “worsening traffic congestion, runaway downtown development and the loss of employment lands, which threatens mixed-use neighbourhoods. The planning department is understaffed …”

It doesn’t sound easy.
The “employment” lands referred to above are tracts of the city dedicated to manufacturing.

Toronto is Canada’s third-largest manufacturing hub, as well as its third-largest financial services hub. “We are very fortunate,” Keesmaat says. “We have a diverse economy and did not experience the [global] recession.”

But the city’s population grew over 9% between 2006 and 2011, and another 300,000 people have arrived since then. Developers want to get their hands on the so-called employment lands, and it is Keesmaat’s remit to protect them.

The city’s high-rises are another headache for planners. An astonishing 50% of the city’s population live in high-rise, mainly built in the ’50s and ’60s, and getting past their use-by date. “They are privately owned but filled with residential tenants,” Keesmaat says. “We have an important goal around tower renewal; these communities need reinvigoration.”
The scale of these challenges and goals might suggest Australia’s jigsaw of local councils is a more manageable way to govern planning, with state governments retaining their current oversight role. (The exception is Brisbane City Council, which is responsible for the entire city).

Is scale the answer?

But Keesmaat says there are signs that Australia needs to debate the idea of council amalgamation and city-wide planning roles such as hers.

“There are constraints to the amalgamated model but it is very clear that there are advantages to our model. For example, I think [in Australia], you get decision-making that is focused on local issues and does not always correspond to a larger vision.
We make it very clear that a key part of our mandate is to balance local and regional interests and in decision-making, we are constantly conscious of that.”

Australian cities are still too focused on the car, Keesmaat says, who is a big advocate of creating “complete communities” in which resident have the option to undertake a whole variety of activities by walking to them, such as shopping, medical care and other professional services, recreation and entertainment.

Instead, Australian cities continue to sprawl outwards, forcing residents into their cars for everything from getting to work to getting the shopping done.

“There is a lot of investment in roads in Australian cities,” Keesmaat says. “You are doing we did 30 years ago. We don’t debate whether we should invest in transit anymore. Across all political parties, there is 100% agreement. We already know you can’t keep adding cars on the road.”

In Toronto, the city is circled by a green belt that forces development up instead of out. “Our green belt limits suburban sprawl,” she says, commenting that Australian planners have to grapple with whether the nation can afford to create inexpensive housing on the periphery of cities that forces up infrastructure costs.
Australian cities are inspiring in their level of investment in the public realm, Keesmaat says. “I was really enthralled by Australian cities, and there was a tremendous amount for me to learn,” she says.

What we are getting right

“The best part is happening right in the core, in the CBD: the quality of the public realm, the pedestrian malls, creating great places for people, as well as the really interesting new buildings.”

Jennifer Keesmaat’s study tour to Australia was sponsored by Hames Sharley and the Planning Institute of Australia.

Over 16 years of writing and editing for top-quality print and digital media mastheads, Kath Walters has reached an audience of over 20 million people, with an estimated 1.3 million compelling, informative and carefully-researched words. The mastheads that have published her articles include BRW, Australian Financial Review, SmartCompany, Business Spectator, Crikey, Women’s Agenda, LeadingCompany, and Property Observer. 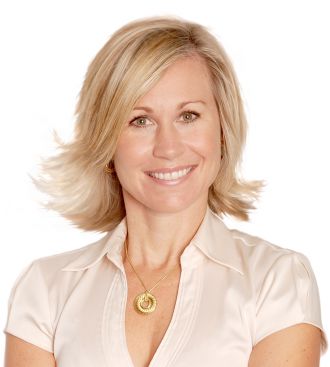