There as both a panellist and participant was South African architect, Jo Noero, who was recently in Australia for the 2014 National Architecture Conference, @making.

We asked him to report on the Congress, and to share his views on South African architecture and other subjects.

Here are his energetic, powerful and informative responses:

Q: What have you enjoyed the most so far at the 25th International Union of Architects (UIA) World Congress, and why?

Jo Noero: The UIA Congress was superbly organised. More importantly, it was a congress for young people/architects. I got the sense that young architects were centre stage and their issues formed the substance of the Congress.

Also, the presence of African architects was very strong - in particular, black South African architects. It was great to see the number of black SA architects leading discussions, presenting keynote lectures and contributing strongly to the Congress. As you know, the profession here has been largely white for a very long time due to apartheid. The presence of a large number of black architects at the congress was vindication that at long last the profession is changing for the better.

I particularly enjoyed the congress because it gave me chance to meet up with students whom I had taught as far back as 1984. They are now grown up, seriously good architects and doing well – that was wonderful to experience.

It is thriving. The state is a patron of architecture and commissions all social buildings in the country. We are a small profession with a large, underserved population. This is a huge challenge which has not yet been adequately addressed.

Unfortunately, we are under the same pressures as elsewhere with regard to fee bidding, and this is undermining our ability to make thoughtful and useful architecture. I am of the opinion that architecture is not an industry but a profession. To crudely locate architecture as some kind of service industry held hostage to the lowest common market denominators reduces its value.

Q: What, in your view, are three of the best characteristics of architecture in South Africa today?

Resourcefulness, bloody-mindedness and naivety. We are still integrating with the rest of the world. Believe it or not, this is a good thing.

Q: What do you think are the special challenges South African architects face?

We live an incredibly unequal society where a very large proportion of our population is not served by architects – this is a problem in areas like housing.

However, these issues raise the interesting question of the limits to architecture and the boundary that exists between architectural action and active citizenship. In South Africa, we sometimes confuse the two and this can lead to problems. Our state, which is the largest so-called client of architects in South Africa, is still grappling with the backlogs created by our past together with huge skills shortages, so the impact that good architecture can make in improving people’s lives still leaves a lot to be desired.

The project of rehabilitating South Africa is a long-term one and will require many more years before we can say that we have overcome the problems of our past.

Q: What is the most important priority in your practice today in terms of both design and social integration?

I’m trying to keep my practice as manageable as possible so that it does not become a big machine that devours good architecture. The difficulty is maintaining a critical balance between maintaining control over the work we do and having sufficient work to pay the monthly bills. This ongoing problem will always be with us.

There is much work to be done, and we have few architects. This creates many opportunities – in my opinion almost too many opportunities – and means that architects get waylaid along the way and misdirect their efforts. For example, there are many vacant posts in government
service for architects but no one seems to want to gravitate to this kind of work. This is a lost opportunity because this kind of work provides one with almost unmatched opportunities to contribute to the wellbeing of the country. If I were younger I would consider a career in public service.

Q: What do you think architects worldwide could learn from South African architects?

There is still a lot of optimism here that we can contribute to making the world a more pleasant and better place for all. This optimism seems to have evaporated in other parts of the world.

The isolation caused by apartheid – culturally and in other ways for many years – has, in some weird way, been somewhat positive … we have managed to bypass many of the blind alleyways followed by architects elsewhere. The modern project is still alive in South
Africa and most architects believe intrinsically that architecture has to serve the wider community and can be effective in doing so.

My experience with many other places is that this air of optimism has evaporated, leaving behind a deep sense of disillusionment and cynicism. I recently attended a discussion in Cape Town of visiting students from Columbia University led by their Dean Mark Wigley. I couldn’t believe what I heard – here as a man who had organised the infamous Deconstructivist Exhibition at MOMA, working hand-in-hand with the arch-fascist architect of the 20th century, Philip Johnson, now preaching a few decades later “spatial justice” as the new mantra. WOW! It is amazing the kind of contortions, ethically and theoretically, that architects go through during the course of their careers. Hopefully, none of this self-serving expediency will happen in my country.

Q: What do you think South African architects could learn from the rest of the world (if anything)?

As far as the developed world is concerned: nothing. The work I see published in journals from these countries has, in my opinion, absolutely nothing to offer us.

My hope lies with young architects in the south – in Asia, South America and Africa. This is where we can learn most and where the future of architecture lies – in my opinion, at least.

Jo Noero formed Noero Architects in Johannesburg in 1984. The practice has offices in Cape Town and Port Elizabeth. 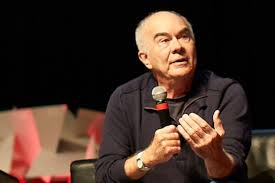