The legacy of World Expos: what’s left after the fair?

Hosting a major world event is in many ways seen as a coming of age for host countries. Seen as a way of putting a city on the map, World Expo organisers attempt to showcase their city to the world in an extravaganza of cutting edge technology, sustainability, leading design and architecture.

The first World Expo, the Great Exhibition in London in 1851, was created as a platform for Britain to prove its superiority to the rest of the world and to position itself as a leader in the Industrial Revolution. Ensuring world Expos, or world fairs, were a vehicle for the promotion of the latest and greatest inventions, with the likes of the telephone (1876), the diesel engine (1900), the x-ray machine (1902), the mobile phone (1976) and touch screens (1982) all making their debut at these events.

A showcase of architectural design

Show off events do something else incredibly well – champion innovative architectural design. With city pride a key deliverable, designs are often edgy, stretching the limits of architecture and construction. World Expos have often given architects a greater license than they would otherwise have outside these events.

Structures such as the Crystal Palace (in the Great Exhibition of 1851), Habitat 67 in Montreal, Mies van der Rohe’s German Pavillion in Barcellona and the much-celebrated Eiffel Tower from Paris’ Exposition Universelle in 1889 were all groundbreaking at the time of their construction. More of the most noteworthy architectural structures created for world fairs can be found here.

Another legacy of world fairs has been the promotion of urban planning as a discipline. Operating under tight deadlines and budgets, World Expos have been a planning mechanism for the redevelopment of land and the improvement of civic spaces. The prestige associated with hosting an event has often ensured community support for projects that may not otherwise have gone ahead. In recent decades as the focus has turned towards sustainability, sites have been developed responsibly with a focus on long-term planning and future usability.

The long-term legacy of Expo

While many cities claim favourable outcomes after hosting a world fair, Seattle is considered to be one of the great success stories. From the get-go, it was planned to be an instrument of urban revitalisation, designed to put the city on the map and attract investment. The legacy of major infrastructure projects, iconic structures such as the Space Needle and Monorail, cultural buildings and large open spaces have left permanent amenities from an ephemeral project. Seattle was catapulted into the international spotlight, having “built a community out of the ashes… and sent its commerce to the world”, according to fair president Joe Gandy.

One of the biggest boons to the host city can be vastly improved infrastructure. Prior to the 2010 Shanghai World Expo, the Chinese government forked out an estimated US$40 billion on expanding the train system, new airport terminals, beautification of buildings, improved roads and more - a figure larger than the total GDP of Bolivia. Whilst this figure is mind-boggling, much of this infrastructure was long overdue, and the effects will last for many years to come.

The 1984 New Orleans Expo, plagued by troubles from the get-go, closed its doors in bankruptcy, yet decades on the Ernest N. Memorial Convention Centre still stands, the sixth largest convention centre in the US. Today the old Expo site houses a vibrant arts district with museums, restaurants and over 25 art galleries, as a result of the urban planning which took place in preparation for the event. This provided a springboard for adaptive reuse and the revitalisation of the area in the years following the event.

Whilst some world fair sites have flourished post-Expo, others remain wastelands of undeveloped potential. The Hanover Expo site, hailed as a success in 2000, lies largely untouched, and the 1976 Osaka site stood derelict for many years until recent attempts to revitalise the area.

The hopes for Dubai

The longevity of the site is of paramount importance for organisers, who expect the conversion of the site to be complete within nine months after the Expo closes. Home of the world’s first 5G network, the ‘new alternative for urban living’ is expected to be the ultimate combination of technology and sustainable construction. Tax-exempt and foreign-owned businesses will be able to move into the Free Trade Zone planned on the 200-hectare site alongside neighbours like Siemens and Accenture, who have already agreed to move in, according to planners.

If the $7 billion price tag is anything to go by, organisers are throwing all they’ve got at the project. It is expected to create over 200,000 jobs, create half its energy from renewable sources, use 90% recycled or repurposed materials in construction, and leave behind a small city, the sheer size and scale of which few of us can imagine. 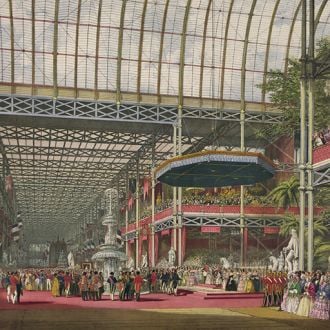