The Roadmap to Power

Solar Panels and Battery Storage to Lead the Way

The CSIRO and Energy Networks Australia have just released a new plan to secure Australia’s energy supply, reduce our bills and reduce our emissions to zero by the middle of the century.

Their roadmap relies upon a coordinated approach by the states in order to potentially save Australians AUD$1 billion by 2050 and cut residential power bills by an average of $414 annually.

The CSIRO’s Chief Economist, Paul Graham, has broken the report down into a state by state snapshot.

New South Wales, still largely powered by coal-fired power stations, would increase its renewables to 28% by 2030, by which time rooftop solar panels could generate more than 11,000MW of power for the state.

Although the roadmap focuses more on residential and large-scale solutions, it does outline the need to provide incentives for all building owners to install rooftop solar and battery systems on their properties.

If battery scalability keeps improving and incentives are provided, off the grid office buildings may become more popular in our lifetime, particularly if coupled by state government incentives such as the Building Upgrade Finance in South Australia, Environmental Upgrade Finance in Victoria and Environmental Upgrade Agreements in New South Wales. 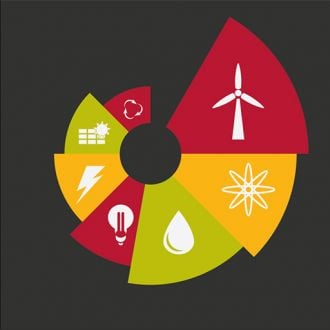