Our cities are home to most of our population and jobs. They drive our national economy; the biggest chunk of GDP is generated within 10km of a CBD. Our new Prime Minister Malcolm Turnbull thinks they’re critical to future prosperity.

And his appointment of a Minister for Cities and the Built Environment heralds increased Federal Government involvement in areas traditionally the domain of state and local governments.

“The biggest challenge Australia has in the coming decades is the battle for talent,” the new minister, Jamie Briggs, has told reporters.

That talent will be attracted by job opportunities and quality of life, says Briggs, who believes cities such as Sydney and Melbourne can’t afford to be clogged, dirty and poorly designed as their populations head towards a forecast eight million each.

Sectors responsible for the planning, design, building and operation of our rapidly-expanding urban centres have welcomed the prospect of national leadership and renewed momentum on long-standing issues.

They hope Turnbull and Briggs will make good on a pledge to work “constructively and creatively” with government and industry stakeholders to come up with a long-term plan to create liveable cities that drive productivity and prosperity.

But with infrastructure already straining at the seams, and widening social and economic inequality, what do we know so far about the new plans for our cities?

“The truth is that if we want our cities to be healthier, more productive, more creative, they need to be more like humans and less like cars.” Malcolm Turnbull, September 2014

“We’re not a business. We have a role in whether there is a social good, and an economic importance to play, to do what we can to make these things happen.” Cities Minister Jamie Briggs on rail projects, September 2015

Turnbull wants to unclog our roads and halt what the Australian Sustainable Built Environment Council (ASBEC) calls a $53 billion-a-year “cost of congestion timebomb”.

“Public transport and more connections are absolutely the number one priority for not only Sydney but other cities,” says Sue Holliday, a former NSW director general of Planning.

Turnbull’s vision, she argues, is unachievable without new investment in public transport infrastructure.

That would likely have implications for the property industry, reinforcing existing trends away from greenfield residential development towards medium- and high-density construction on brown and greyfield sites in established city suburbs.

To incentivise private sector investment, Briggs will consider a range of public transport funding models, from government guarantees and assume risk on commuter number forecasts to drawing on the Commonwealth balance sheet and taking equity positions in projects.

“We want the state governments … to actually give us projects,” he told The Australian. “There are only a couple of projects that are planned and ready to go. There needs to be more.”

The minister is also keen to pursue a more integrated approach to future infrastructure development; news that will hearten developers who would like to see projects tied to new housing zones.

“We can do things like … using the powers within the Environment Protection and Biodiversity Act to put in place longer-term strategic thinking and planning for where our cities are going and where developments can take place.” Jamie Briggs, September 2015

“Federal funding of infrastructure in cities, for example, is tied to outcomes that will promote housing affordability.” Malcolm Turnbull, September 2015

“The closer you get to the centre of the city, the cost of housing becomes that much higher and more inaccessible, particularly for people who are in traditional salary jobs,” he said in an interview with The Conversation.

“They are forced to live more on the urban fringes, which means longer commutes, less family time and usually a lower life satisfaction. There’s an obvious need to improve some of the policies around how we make it more attractive for, particularly, families to live closer to the cities, or closer to their workplaces.”

To cut commuter journeys and times, Briggs is likely to look closely at ways to generate broader employment distribution and more affordable housing.

Sue Holliday, now a Professor of Planning Practice at UNSW in Sydney, advocates a shift towards inclusionary zoning, with 25% of all major developments set aside for affordable community housing.

“Key workers” such as nurses, police and frontline council employees – “the people who make our cities function,” says Holliday – would get access to long-term secure leases at below-market rents matched to income.

Schemes like these have been the exception in Australia, and Holliday rejects the argument that they would depress private market values.

“A lot of developers build housing, not for owner-occupiers, but mostly for investors who rent into the private market,” she says. “But community housing is no different. It just means rents will be manageable for people on average incomes and begin to provide opportunities for key workers to be closer to their jobs.”

Turnbull and Briggs have both emphasised the importance of affordable housing, and are likely to explore incentives to ensure developer buy-in; from risk sharing in projects to tax incentives and more flexible planning agreements.

In those discussions will come long-standing industry pressure to relieve the tax burden on the building sector and scrap stamp duty. The debate on reforms to negative gearing and other property investment strategies will likely come under the renewed spotlight.

“The Federal Government can’t support liveable cities on its own. It has a limited mandate and there would be too much resistance to such a highly centralised model of urban planning and development.” Policy analyst Simon White

Jamie Briggs says the Federal Government can play a strong leadership role but will adopt a collaborative and consultative approach with all stakeholders.

He has stressed the importance of integrated and long-term strategic planning.

Policy analyst Simon White warns that creating new partnerships is great in theory, often messy in practice. “There is a need to establish relationships and work with more local stakeholders,” he says. “But to be effective, that means creating mechanisms that are more responsive to local concerns.”

Organisations such as The Property Council will hope for fresh impetus on issues such as land supply, cutting red tape and reforming outdated planning and development assessment processes.

Changes to existing planning arrangements are overdue, according to Jago Dodson, Director of the Centre for Urban Research at RMIT University in Melbourne. “National principles for metropolitan planning, as COAG established in 2009, are not unhelpful,” he wrote in this column. “But we need governing entities that can plan and manage cities at the metropolitan level while providing democratic accompaniment to the current dominance of state planning ministers.”

Briggs’ portfolio is within the Environment Ministry, where he will head a new Cities Taskforce that will also focus on environmental programs and urban water issues.

White believes the government can foster innovation between stakeholders to help realise economic and social goals.

“For me, the ‘juice’ of development is how you get networks going and how people interact with each other,” he says. “Policy has a role to perform in, for instance, bringing different actors together, helping them engage and collaborate, creating competition.

“It’s easy for planners to get caught up in infrastructure and miss what I would call the ‘soft’ stuff. That’s where you need to start thinking how policy can deal with these less tangible issues.” 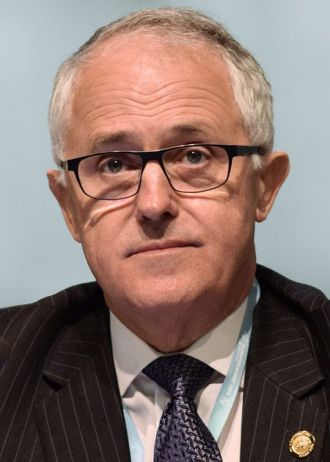