In the last decade, roughly 40 percent of all architecture graduates have been women – but when it comes to representation in the industry, there’s still a gender bias towards men. In honour of International Women’s Day, we look at women in architecture – where are they, and why are they not being given the recognition you’d expect?

If you were to think of the top 50 starchitects of recent years, with the exception of Zaha Hadid, the list would be almost entirely male. It’s impossible to believe that there aren’t more women architects excelling in the industry, so why are we not hearing about their works and achievements? And what can be done to rectify that?

The individuality of the author

Throughout the architecture industry, even if a project is entirely collaborative, there is a tendency to attribute works to a single identity. It’s been true throughout history, with female architects who have partnered with their husbands or other male counterparts, or who have worked under the name of a firm, having their names omitted from projects.

A prime example of this can be found in the case of Denise Scott Brown, whose husband, Robert Venturi, was awarded the 1991 Pritzker Prize for work on which the pair collaborated. In 2013, students at the Harvard Graduate School of Design petitioned to have Denise’s name recognised on the award, but while the petition received more than 20,000 signatures, it was still rejected by the Pritzker jury.

Societal norms mean women are less likely to brag about their achievements because they disrupt gender expectations, which many believe to be career limiting. Men tend to cite their achievements more than women, inevitably meaning their works are more widely publicised. Moreover, when women are interviewed they are often asked questions about feminism and gender equality in the industry, rather than questions that focus on their work. The cumulative effect is that the architectural achievements of women suffer less promotion.

Before the current problem of gender inequality in architecture can be solved, the erasure of women from architectural history must be corrected. Fortunately, many organisations are looking to address these misrepresentations – the International Archive of Women in Architecture, for example, which was established in 1985 by Bulgarian architect Milka Bliznakov. A joint venture organised by the Department of Architecture and Urban Studies and the university libraries at Virginia Tech, its aim is to bridge the gap in source material about women’s contributions to architectural history – a problem Milka herself experienced during her studies.

Another project capturing the history of female architects is an Australian website called The Encyclopedia of Women & Leadership. It recognises the works of the women who played a crucial role in the architectural history of Australia, spanning from 1788 to present day. Most of the names on the list are not well known, and this is potentially the only resource to collate the identities of these female architects in the one place.

A third project with similar objectives is the WikiD Project, which launched in 2015. The project organises worldwide Wikipedia edit-a-thons that increase the number of articles on the site that relate to women in architecture. In March 2010, there were only 10 Australian female architects registered on Wikipedia; now there are nearly 100. Because the information on Wikipedia is crowdsourced, it is possible to contribute to the list yourself.

Such discussion of the history of women in architecture is not only motivated by a desire to recognise the importance of women in architectural history but also to construct role models for contemporary women practitioners. In this way, crucial steps are taken in building gender equality within the industry. For further information about how to promote gender equality in the workplace, please view Parlour’s Guides to Equitable Practice. 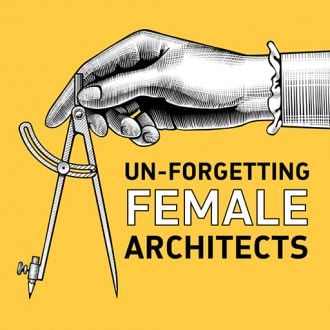