Designing a city is no easy feat, but according to an article published by Arch20, five products of 20th-century urban planning have achieved a level of greatness that sets them apart. They are:

What they have in common is their well-structured layout. Brasilia, for instance, follows an aeroplane-shaped plan in which each city function (residential, civic, administrative, recreational) sits on a separate axis. Singapore City adopts a similar rule, with the residential areas located at four cardinal points. The structure of Chandigarh, meanwhile, mimics the shape of a human being with the capital at the head, the commercial centre at the heart and the academic and recreational centre as the arms. Seoul follows principles of feng-shui, and the layout of Copenhagen revolves around a five-finger plan, with the centre as the palm and five digits spreading out from it.

With these distinct patterns come efficient, well-planned transport routes that run straight through the central points of the city, resulting in a reduction in traffic congestion, better public transport and improved walking and cycling routes.

Other elements of good design include the incorporation (and protection) of green spaces, good waste-management policies, and a focus on the needs of the society and culture.

You can learn more about the characteristics that make these cities successful in the Arch20 article here. 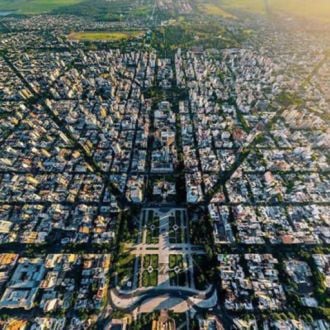