Replacing traditional welfare programs, a Universal Basic Income (UBI) would provide all citizens with a set amount of earnings, irrespective of work undertaken (if any). Everyone, even billionaires, would receive a base payment from the government – in the case of the wealthy, however, this payment, would most likely be offset by the amount of tax they would need to pay to support the scheme.

The aim of the UBI is to enable greater equality and to combat issues associated with unemployment, underemployment and insecure job markets.

Greens leader Richard Di Natale is a strong advocator of a UBI, stating that it is a bold move towards equality and an important change to Australia’s outdated welfare programs. Tech icons such as Elon Musk and Mark Zuckerberg are also in favour, seeing it as a means to lessen the blow of job losses as a result of the technological revolution. It is for this reason that the concept has caught media attention lately.

Recently trialled by the Finnish government, the UBI model brings about a lot of questions regarding how to tackle poverty while at the same time motivating people to work hard and live well.

Here’s what we know

In theory, the UBI would create equality by providing financial security to all citizens, irrespective of circumstances. Therefore, all citizens will be able to cover the cost of living. This would help lift people out of poverty by giving them money for basic needs such as shelter, food and healthcare. It would have the flow-on effect of reducing homelessness and would give everyone the right to a basic standard of living.

It would also enable financial security for those who are in between jobs, or who have been made redundant. This can help enhance overall job satisfaction because people won’t need to stay in a job they dislike just to survive.

The rising phenomenon of underemployment would also benefit, allowing more workers the ability to fill part-time and casual positions without suffering financially.

As it is not compulsory for citizens to search for work while receiving their payment, it is feared that the UBI will disincentivise the need to work. It also raises the question of whether working is something that everyone should aspire to. The majority believe work is important, for the economy and the health and welfare of the individual, as well as for social and aspirational reasons. However, could the scheme cause people who are currently working to quit their jobs and rely on UBI payments? Perhaps the UBI could actually promote unemployment? Perhaps.

Inflation is also set to make the situation a lot more complicated. Once the Universal Base Income is distributed, the amount will soon no longer be enough, because the price of goods increases as a result. Conversely, there will likely be people receiving more in welfare payments than the UBI would give them. Would they have their benefits slashed?

Finally, there’s the potential headache this would cause the tax department. An increase in taxes can only mean an increase in tax evasion – did you really think people wouldn’t try to cheat the system?

The trial launched by the Finnish government in 2016 fell flat, unfortunately. It should be noted, however, that the trial did not involve a universal program – it was only implemented with 2000 unemployed Finnish citizens. The trial involved the citizens receiving a payment of €560 (roughly AU$865) per month, with each person receiving the same payments regardless of whether they were looking for work or not. While this does cost a lot for the government, theoretically that wouldn’t matter – for most people, the extra taxes would be offset by the income itself. Despite this, in April 2018, the Finnish government announced it would be putting the experiment to an end and would seek to trial other welfare systems, namely the British Universal Credit system.

This scheme supports the unemployed and underemployed by way of one monthly payment to a household for all benefits. Its aim is to create fairness and simplicity, the idea being that you would not withdraw from receiving benefits once you begin work, but your benefits would taper away to support your earnings.

Again, in theory, this system would work wonderfully…if it weren’t for the AU$60 billion underestimation of set-up costs, along with the six-week waiting period, IT issues, overspends and administration problems.

For Australia – unless the Greens come into power – the UBI doesn’t look like it will hit our shores anytime soon. Nevertheless, the concept does make for an interesting case in theory, although perhaps not so much in practice. 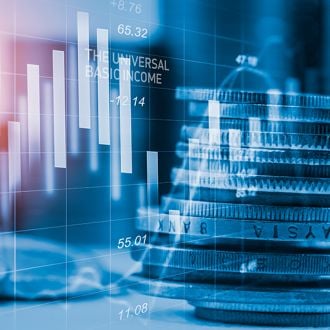