We all say we love nature, but do we really take time to observe it?

Seeing a bird perched on a branch, we may not give it much attention but when it takes flight it gains a whole new dimension. Birds are powerful yet lightweight; they have a refined aerodynamic shape, can fly at the same altitude as airliners and can cross continents. Whether we believe they are the product of intelligent design or that they came about by evolution, one thing we can agree on is that they are marvels of engineering.

The great Renaissance inventor Leonardo da Vinci was inspired to look closely at birds, hoping to discern their secret so that humans too might fly. He came up with various designs for flying machines, but was unable to realise them – the technology of the time was centuries behind his ideas. It took another 400 years before the Wright Brothers could assemble all the necessary ingredients and flight became a reality.

Leonardo’s efforts are excellent examples of biomimetics – the inspiration that inventors and designers get from observing nature.

Today, one can find many examples of biomimetics; the Japanese bullet train is one. In the 1980s, trains could already travel extremely quickly, but suffered from a problem: the sudden increase in air pressure that occurred when they entered tunnels could cause tremendous sonic booms. Eiji Nakatsu was the engineer tasked with solving this problem; he also happened to be a bird-watcher. He’d learned that a kingfisher could dive from air into water (and so experience a change of density in its surroundings) with the minimum surface disturbance, and this was exactly the issue he was facing with the trains. He redesigned the front of his train with a nose that closely resembled the kingfisher’s beak – not only did he solve the problem with the tunnels, he also created a train that was 10 per cent faster, used 15 per cent less power, and was visually more elegant.

Other examples of nature inspiring useful inventions include:

Biomimetics also inspires architecture. In Zimbabwe, architect Mick Pearce was asked to design an office building that would remain cool without reliance on electricity. He was inspired by the stable temperatures maintained inside termite mounds, which are achieved by the opening and closing of vents throughout the mound over the course of the day, to adjust convection currents. His design for the Eastgate Centre in Harare involved similar carefully controlled ventilation systems throughout its atrium and office spaces, as well as thermal mass, appropriate orientation and the control of sun on the facade. The building functions with no air-conditioning.

Nature also provides designers with inspiration at a visual level. During my time working in South Africa for Stafford Associates, we created a visitor centre inside one of the country’s Big 5 game reserves. Hluhluwe-Umfolozi Park exists for the conservation of large mammals such as the rhino, elephant and buffalo, and the complex was conceived as an organic array of buildings resembling the forms of the animals it represents. This concept continued into the detailing, where the buildings transmit their structural loads down to the ground in the same way as the animals.

The most perfect physical form that exists in nature is the sphere. Planets and bubbles are spherical for essentially the same reasons – matter will naturally form its most efficient volume-to-surface-area ratio when all its mass is centred on a single point. Spheres are also beautiful and have inspired architecture for centuries, including the ancient domes in Lebanon, the gorgeous Tempietto in Rome, Adelaide’s infamous Mall’s Balls and the new Amazon campus in Seattle.

Other examples of biomimetics inspiring visual compositions include:

Nature has been trying and testing its designs for millennia, so it makes sense that designers should take their cues from it. Projects currently gaining attention around the world include studying sunflowers in order to design solar-panels that open and close and track the sun, and examining trees for ideas on street-lighting made from fibre-optics, capable of collecting energy from the sun.

Here at Hames Sharley, we often look to nature to inspire our most iconic projects: the facades of Perth’s Fiona Stanley Hospital are drawn from the shapes and textures of the banksia, while the rolling hills of South Australia are reflected in the curves of the rooftops of the Adelaide Oval redevelopment. All it takes to elevate a project from the functional to the outstanding is to open your eyes to the world around you; in that way you open your mind to a wealth of practical and aesthetic solutions that will set your designs apart. 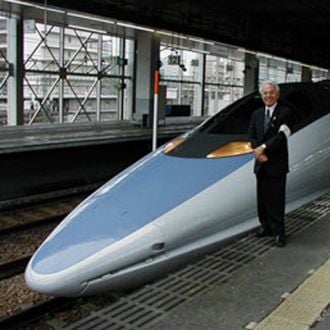