Economic empowerment - When women are economically empowered, they gain greater choice, opportunity and power in decision making. Across the world, women’s economic empowerment is essential for fostering resilient and sustainable growth of economies and societies. Whether gained via paid employment or their own business, women’s financial independence is key.

Gender equality is an individual and social right, but our world still faces a persistent gap in access to opportunities and decision-making power for women and men. Universally, women have fewer opportunities for economic participation than men, less access to primary and higher education and less political representation.

A recent addition to our Melbourne studio, Elise Miles Simonovski is a Principal at Hames Sharley whose career in Property and Construction has not followed the norm. “To me, each for equal means, that despite our differences, whether they be race, language, gender, religion or beliefs, that being human is the one commonality we all share.” Elise believes we are all individuals with diverse aspirations, skills, expectations and opportunities, which she has proved through her extensive career. Without believing this fundamental truth, Elise says she may have been too apologetic for seeking opportunities that were reserved for the opposite gender. “The Property and Construction Industry has not always been as accepting as it is now,” she explains, “ultimately the opportunities would have passed me by.”

When it comes to gender equality, guaranteeing the rights of women and providing them with equal opportunities to reach their full potential is critical, but it also assists in meeting a wide range of development goals. “Empowerment is vital, for all persons in order to have autonomy, self-determination and representation of their own interests.”

Women already contribute to the health and productivity of their families, communities, and countries, and this creates a ripple effect that solely benefits society. When this level of engagement for women can be readily applied to the boardrooms as it is to homes, in any nation, gender equality will be realised. The empowered women created as a result of this shifted bias will have a lasting positive effect on the communities they support.

Elise believes our individual behaviours, congruent with our beliefs and mindsets impact our communities. She elaborates; “Together, effectual change can be made, and we can all help each other to create and be part of a better community by sharing in the responsibility for the environments we create.”

“Economic empowerment, in my opinion, is important to diversity because it enables the ability to act on a person’s authority, making financial decisions based on individual preferences,” states Elise. She believes groups including people who live in rural locations, low-skilled individuals and some migrants are the most vulnerable, “the women in those groups even more so.”Economic empowerment can provide greater choice, opportunity and power in decision making to those most vulnerable groups through access to and control over financial resources and increased personal security, (including freedom from domestic violence).

Economic empowerment applies to all societies, all genders and all social classes around the world. Elise believes women stand to benefit more from economic empowerment because they remain disproportionately restricted by discrimination and exploitation. “Discrimination via gender bias and unequal pay reduces women’s access to economic assets such as property and investments, meaning women have reduced living standards in long term asset growth.” In Australia, for the most part, women have no problem finding secure full-time employment, opening bank accounts, having access to secure transportation and owning assets including property which assists in economic empowerment and can provide financial freedom.

This leads to the assumption that gender equality has been overcome in Australia. On average, women still earn 15.3% less than men – a gap that has barely changed for 20 years. “In Australia, this equates to lower superannuation, even if women work the same period in their lifetime,” explains Elise. She elaborates that because women often perform the bulk of children rearing, they spend less time developing in their jobs, further setting them behind in their career growth and earnings.

Elise suggests that support in the following ways may propel women’s economic empowerment. Greater job security with access to adequate paying occupations, flexibility in full-time paid employment of childcare and aged-care commitments which often affects women in their full-time work and leading to more women taking on part-time roles to manage caring for their young, or ageing families. Access to affordable higher education and political representation are also contributing factors.

“Enacting these ideas will not only empower women but will also benefit their families and communities around the world,” reports Elise. In countries with greater access for women to education, better healthcare facilities, higher-paying full-time employment and international competitiveness, women’s economic empowerment is purportedly at higher levels. In the last 15 years, Elise says she has seen progress, but there is still plenty of work to be done to empower women in the economy. At present, no country has fully attained gender equality. Notably, Scandinavian countries like Iceland, Norway, Finland, and Sweden lead the world in their progress toward closing the gender gap in their relatively equitable distribution of available income, resources, and opportunities for both men and women.

Guaranteeing the rights of women and giving them opportunities to reach their full potential is critical not only for attaining gender equality but also for meeting a wide range of international development goals. “After all, women do make up approximately half the population of most countries and the world!” Elise comments.

On the 8th of March, we celebrate the social, economic, cultural and political achievements of females and identify the actions we need to take to build support for women’s rights and acknowledge that women’s economic empowerment is a critical aspect of achieving gender equality across the world. Providing women and girls with equal access to education, health care, work, and representation in political and economic decision-making processes will fuel sustainable economies and benefit societies and humanity at large. 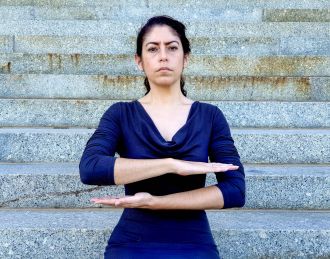