All in a handshake

Do you remember when business deals were formulated through the strength of a handshake? When the establishment of mutual respect between service providers and clients was worth more than a dollar figure or a signature on a contract?

Executive Chairman and founder of Hames Sharley, William “Bill” Hames, certainly does and has built his 40-year strong business on the power of such bonds – starting with his partnership with Dave Sharley.

“Dave came across as my partner in 1972 when I decided to go and study at Harvard – with a handshake I said to him: “If I don’t come back in three years you can have the lot,” Bill said.

“Admittedly, there wasn’t much to take at the time, but I meant what I said.”

Even after Dave’s passing in 1987, the Sharley name still flanks Bills’ in silent partnership, gone but never forgotten.

“When David died, his son, Joshua asked me if we would keep his name as part of the company, it’s a promise we have kept to this day,” Bill said.

After buying Dave’s share, Bill ran Hames Sharley as a 100% stakeholder and owner until 2008 when he sold a percentage of the business to his longest-serving employees – another gesture of good faith.

“It wasn’t until about eight years ago when we did a risk assessment of our business that I realised how much of a risk I was to Hames Sharley – we needed a transition strategy.”

“I have always had very loyal staff, I wouldn’t be where I am today without them – now the business is built on strong partnerships between our shareholders and directors, rather than just me, and it’s much better for it.”

While long-serving employees turned directors are a testament to Hames Sharley’s culture of partnership, Bill is also committed to teaching the importance of strength of character, trust and respect in business to the next generation.

“Some might see me as a grumpy old man who walks around the office and is a pain in the butt,” Bill laughs. “But I enjoy watching professional growth from the empowerment of the next generation.”

“We all strive to have a more rewarding and enriching job and to do that we need to attract better quality clients and projects. I stress to our younger generation that this takes time and it is important at all times to maintain your integrity,” he continues.

“They need to understand the importance of developing good relationships, trust and knowledge before they can ‘have it all’.”

As Bill sees it, the development of knowledge comes from understanding the past, present and future of the industry.

“I closely follow what’s occurring in the marketplace, megatrends, disruptive industries, what’s changing and how fast it’s changing – it’s important to stay informed to try and predict where the industry is going,” he said.

“As far as relationships go, one thing I’ve noticed over the years is that the service provider mentality in this industry really undervalues what we do – my hope is that architects and urban planners will eventually be seen as strategic partners, rather than service providers.

“If you’re a strategic partner you can add value to a project, far beyond the client’s aesthetic or functional needs – as strategic partners we bring research, technology and 40 years of industry knowledge to projects, we lead rather than follow.”

Epitomising this view, Bill reflects on a job Hames Sharley was commissioned to undertake for the University of Western Australia back in 2006.

“The project was for two small animal facilities for the University’s Biomedical Research Department. However, understanding how important it is for universities to attract grants and the best researchers, we challenged the client brief,” he said.

“Instead of two small buildings, we suggested they build one large facility designed to international accreditation standards, plus two small experimental facilities.

“At the opening of the new Biomedical Research Facility the Vice Chancellor took me aside, shook my hand, and said, “Bill you’ve given me a problem, this building is fully occupied with research grants for the next ten years, we’ll need to build another facility to keep up with the demand.”

“That’s what being a good strategic partner is all about, valuing someone else’s needs as equally as your own and collectively delivering a solution that excels.” 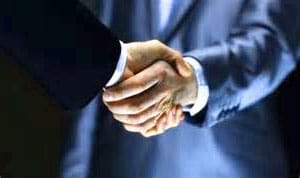