From da Vinci to Virtual Reality

The evolution of architectural visualisation

From Leonardo da Vinci’s sketches to virtual reality goggles, architectural visualisation has evolved almost as much through the ages as architecture itself.

The development of computer-generated 3D objects in the 1970s spearheaded the most significant progress in the field last century, while the introduction of animations and virtual reality are now signifying a new era in visualisation.

Until the introduction of 3D computer modelling, architectural illustrations or renderings were created by hand with watercolours, markers, pencils, pen and ink, or acrylics.

There are still a small number of architectural illustrators who create renderings entirely by hand, while some use a combination of hand-drawn sketches and/or computer generated programs to create visualisations.

While some illustrators are concerned about digital disruption ending the era of the hand-drawn visualisations, many still feel sketches are an important part of the design process. In an article by Alex Garkavenko on Architizer, Architectural Illustration: In A Digital Era, Drawing Isn’t Dead she discusses the power of illustrations in showing the creative process.

“Illustrations can provide intimate windows into the thinking behind a project,” she writes. “Although presentations are typically seen as a display of squeaky-clean final images, why are architects often hesitant to show their thoughts?”

With technology dramatically evolving since the introduction of 3D software in the 70s, 3D illustrations are now almost indistinguishable from photographs, even incorporating imperfections such as chips in wood or scratches in metal to offer a realistic element to the imagery.

In an article published by Dezeen Magazine, Henry Goss, an architect and 3D visualiser, warns that such perfectly rendered images might create higher expectations for clients.

“There’s always a danger that the client will come along at the end and stick in a whole bunch of crap furniture,” he said. “Then the photographs of the building aren’t as good as the render and everyone calls you out on it.”

Unlike architectural rendering or illustrations, which display single images from a specific point of view, architectural animations bring together hundreds, even thousands, of single still images to visualise a space and convey its relationship with the environment.

With many young architects now being introduced to advanced animation software at university, a recent article by Dougal Shaw at the BBC reported that a number of architectural students are using their digital animation and design skills to not only become better architects but also to build careers in the film and animation industry.

“Architects tend to have a vivid imagination and a strong visual sensibility,” Simon Kennedy, a tutor at The Bartlett School of Architecture in London said to Shaw.

“But this is tempered by their capacity for analysis and problem-solving. These characteristics are directly applicable when first designing digital animations, and then executing them effectively.”

There’s no denying that the next big thing in architectural visualisation is virtual reality.

According to designer and visualiser Olivier Demangel, who works for London 3D imaging company IVR NATION, every architect in the world will soon be designing using 3D goggles.

“You can instantly change materials for the walls, the floor, the position of lights. Interactivity means you can experiment with a lot of different options – design, materials, lighting, weather – very quickly,” he said.

“We could expect an empty room with positional tracking dedicated to VR in every architecture practice, for testing new designs.”

In Damangel’s interview published by Dezeen Magazine, he also refers to virtual reality visualisation as addictive.

“Probably the two main problems will be addiction and isolation. You are going to be able to experience The Matrix for real.” 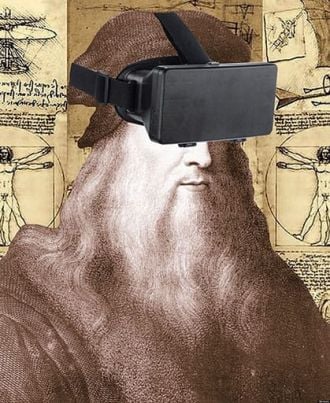