Apartments: how small is too small?

By the end of this year, new rules proposed by Melbourne City Council could fundamentally change that city’s apartment landscape, and the reaction from the public and industry has been strong. These rules could extend to other states.

A proliferation of micro-sized flats across Melbourne has led to a growing public pushback, with the city claiming new apartments are coming to market that are so small they would be illegal even in highly dense Hong Kong.

At the centre of the argument is the question of ‘how small is too small?’ Melbourne City Council is considering legislating minimum floor space limits that would put a stop to the densest developments, arguing when an apartment is too small there is no amount of design wizardry that can make it an acceptable place to live.
Apartment developers, however, argue residents don’t need to sacrifice quality of life when living in a well-designed small apartment, and they are a valid solution to the city’s housing affordability problem.

Ganly has gauged market demand for clients, including Melbourne developer Hamton, one of the pioneers of a new wave of developments that compensate for small private spaces with great locations and shared facilities. Hamton apartments offer design features like “convertible spaces”, which use fold-down beds and moveable walls to allow bedrooms to double as living and entertaining areas by day.

Ganly believes design codes are appropriate, particularly when enforcing things like separation from other buildings, natural light and ventilation. But the argument is more complex than ‘less than 50sq m – bad, more than 50sq m – good’, he says.

“To me as an economist, there are students and young couples who are happy to live in these small apartments that are well-designed,” Ganly says. “The key here is affordability, they can deliver an affordable product. You want to be careful to stamp that out.”
The success of Hamton’s projects, which have some apartments as small as 34 square metres, led others to follow in its tracks. Hamton’s award-winning Society development in South Yarra brought relatively affordable apartments to one of the most expensive and desirable parts of town.

MICRO DESIGNS AND THE AFFORDABILITY ISSUE

Completed in 2010, all 242 one- and two-bedroom apartments in the Society development sold off-the-plan. Small private spaces were compensated with facilities including a lobby bar, a large-scale dining room that could be booked for private functions, a private rooftop cinema and an outdoor terrace with spa.

Not all developments have set the same standard. Melbourne City Council’s draft housing strategy released in June is a precursor to a final strategy to be released at the end of this year.

The report, Homes for People, says 85 percent of apartments purchased in the City’s municipality is bought as a financial product, not as a home for the purchaser. At the time the report was written, 96 percent of a pipeline of over 20,000 apartments were two or fewer bedrooms, failing to meet the needs of families.

“Larger apartments can and will sell, but with longer lead times and marketing costs creating a financial risk to developers and banks,” the report says.

And in comments that have got the industry talking, the City has made it clear it is considering mandating minimum floor space limits. “No amount of sensitive or innovative design can compensate for apartments that are too small to meet the basic living requirements of the household,” the report says.

Melbourne City argues Sydney and Adelaide have minimum floor space limits that would make it impossible to build many of the apartments now on the market in Melbourne.
Industry figures say this is too absolute. Sydney does have provisions for multi-level boarding houses, which increasingly house key workers like teachers, nurses and public sector employees who want to live close to the city. These have rooms no larger than 25 square metres, shared facilities, and a maximum occupancy of two lodgers.

In Perth, developer Pindan has introduced two-bedroom apartments as small as 53 square metres into some of its developments. One of the bedrooms has no window but borrows light through the living areas.

Pindan development manager David Lorimer says these apartments are popular with both investors and first-home buyers. But he doesn’t think they could get much smaller. “People still want to be able to fit a normal couch in, a normal bed in,” Lorimer says.

Peter McMillan, the development advisor for a new Darwin GPT-built student accommodation building built above the Casuarina Square shopping centre, says small apartments have an important role to play. Typically 20 square metres in size, they provide affordable homes for students while taking pressure off the city’s other housing stock.

The key to making them great places to live is the common areas, he says, like a lobby that makes you feel welcome and areas for study and play. Balconies are replaced by rooftop gardens, which contribute to the greening of the city.

“They’re really beds and bathrooms,” McMillan says. “You tend not to live in your apartments these days, you meet with your friend for breakfast, you’re at work all day, meet friends for dinner, then sleep.” 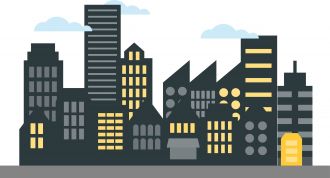