Divisive architecture is nothing new

During his candidacy announcement speech in June 2015, Donald Trump first proposed the idea of building a wall along America’s southern border with Mexico.

While the statement triggered intense debate, not only about the Trump wall itself, but also about the modern challenges of migration, it gave us pause to consider the role of architecture, and how it can divide or unite us.

It might be a new concept in the United States, but in other parts of the world, the concept of building a large wall is not new.

Throughout the world, there are more than 1,500 cities featuring walls. The majority are in Europe, with Germany alone having 320 walled cities.

Primarily the walls were built to denote ownership, to keep citizens safe and to reduce the chances of invasion by feuding parties. Many of these walls are now protected by heritage organisations and the most beautiful and well preserved have become significant tourist attractions, such as the Walls of Ston in Croatia – also the setting for Kings Landing in the Game of Thrones (below).

The greatest and most famous wall is the Great Wall of China, stretching over 6,500km, reaching an average of 25 feet, and featuring a remarkable 25,000 watchtowers. Made of stone, brick, tamped earth and wood, the construction reflects the history and sensibilities of the Chinese provinces it spans.

Several walls were built as early as the 7th century BC and were used to protect the Chinese states and empires against raids and invasions. The majority of the current wall was built during the Ming dynasty (1368-1644) and was used for defence, to control immigration and emigration, and to impose duties on goods transported along the route.

Although the Great Wall of China is marvelled as a feat of construction, it is also known as one of the great cemeteries of China, with an estimated 1m men having died during its construction.

While the brutality of its construction and purpose is somewhat lost to history, more recent history serves a sober reminder of how walls can divide and cause significant harm to entire populations of people.

The Berlin Wall divided East and West Germany during the cold war between 1961 and 1989. In the dead of night and under a cloud of secrecy, construction of the wall started on the 13th August 1961. Primarily made of large slabs of concrete, the wall provided a physical manifestation of the ugliness of the cold war. It divided neighbours and families, caused fear and restricted movement within the capital. When the wall was opened in 1989, scenes of jubilation erupted on both sides, to celebrate the end of an ugly period of their cities history.

According to Veronica Simpson, one of the benefits of the slow yet sustainable regeneration of the city since unification has been the promotion of socially and supportive communities.

“Nothing says welcome to a stranger (or a resident) better than the frequent appearance of places to sit and rest. You cannot walk more than two blocks in Berlin without finding an appealing communal space, whether a teens’ adventure playground, an outdoor climbing wall, or just a leafy grove between apartment blocks,” she says.

“The benefits when artists and creatives have a role in the look and feel of a city are undeniable, albeit hard to quantify. The benefits when ordinary civilians are involved can be even more profound.”


While a big wall is clearly a divisive form of architecture, it is by no means the only kind of architecture that separates people. From the expansive social housing estates of Paris, to apartheid South Africa, to the slums of India, the way our cities have developed both mirrors the politics of the nation, which can serve to divide people.

Architecture as a mirror of society

South African photographer Johnny Miller has taken a remarkable series of aerial images in Cape Town to show the ongoing impact of apartheid on the cities landscape.

“The actual city infrastructure has been created to keep various groups of people separate from one another. You can see this in all urban centers in South Africa, but Cape Town is particularly pronounced,” he said.

“South African cities were designed to give white people access to the central business districts and homes in the leafy suburbs. Black people had to live far outside of the city, only venturing in for work. While apartheid has been over for more than two decades, integrating these living spaces has remained a challenge. Looking straight down from a height of several hundred meters, incredible scenes of inequality emerge.”

Syrian architect Marwa Sal-Sabouni, a resident of Hom with her husband and two children, recently gave a TED Summit talk about the roots of conflict in her city being traced to misdirected and divisive urbanism.

In her talk, she explains how architecture represents and shapes the character of the community. In Syrian cities, places like churches, squares and souks, allowed for people of different beliefs to have a shared sense of belonging.

She says this careful balance was interfered with, replacing heritage with modernity above all else, and zoning people by ethnicity and wealth, creating a sense of isolation and alienation.

“We need to create an architecture that doesn’t contribute only to the practical and economic aspects of people’s lives but also to their social, spiritual and psychological needs. These needs were totally overlooked in Syrian cities before the war.

“We need to create again cities that are shared by the communities that inhabit them. If we do so people will not need to seek identities opposed to others - they will all be at home.”


Just as architecture has the capacity to divide and isolate, it equally has the ability to foster belonging and build communities. But the challenges are significant, as cities expand rapidly, sustainability issues escalate and the gap between the wealthy and poor continues to grow.

The World Cities Report 2016, prepared by United Nations Habitat, provides rich data for architects and urban planners about the principles for successful and democratic architecture, and examples of success.

According to the New York Times, cities like Medellin in Colombia have tackled unemployment and a horrific crime rate through education, community, infrastructure and architecture. New public buildings and squares have buoyed civic pride, new medical centres have provided jobs, rich and poor neighbourhoods are now connected and transport infrastructure is affordable and linked to jobs. Although the issues are not all solved, the cities evolution is hopeful.

Seoul is mentioned for its greenbelt policy, which has controlled urban sprawl, preserved agricultural land and enhanced food security and affordability. Melbourne is also mentioned for its 2030 plan which restricts urban growth within a certain area, promotes local activity centres to enable people to walk to shops and local facilities, and reduces the reliance on the car for transport.

The report talks about a number of shifts in strategic and policy thinking. In addition to promoting environmental sustainability and innovation, the UN says urban centres must ensure equitable urban development and empower civil society, expand democratic participation and reinforce collaboration.

These are the cornerstones for development all architects and communities should be working together to deliver. 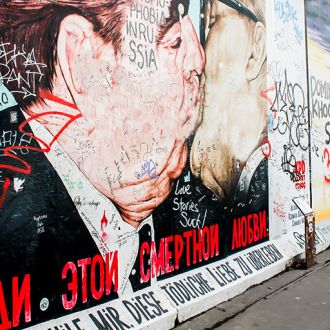