Next week sees all eyes on the great and the good of Hollywood as Tinsel Town brings us the 89th Academy Awards. But as this multi-billion dollar industry gets together to pat itself on the back I have a bone to pick. As someone that works in the architecture and urban design sector, I am constantly infuriated by how the movies manage to get their buildings past the Design Approval stage!

Bastions of all things tech, Wired Magazine, share my concerns and in December they welcomed the arrival of the latest Star Wars movie, Rogue One, with a cutting architectural critique of the design of the movie’s iconic centrepiece - the Death Star.

In their article, architect Cameron Sinclair, (verbally) destroys the small moon-sized space station, calling it out as “yet another techno-driven ego play by the Empire,” going on to blame “a lack of community engagement during the building’s conceptual phase” before adding that “…all the communal spaces have been downsized due to an overemphasis on unproven technology.”

…and it’s not just Darth Vader’s Empire that must be paying off the Local Councils to get their approvals certificates signed.

For instance, as a long-established design practice, we’ve been known to dabble in the occasional bridge or two. Nothing major, like Sydney Harbour or San Francisco Bay, but enough to know that sound structural engineering is paramount when getting pedestrians from A to B across rivers. However, in the second instalment of the Indiana Jones saga, The Temple of Doom, I was alarmed to see the lack of health and safety checks that went into pre-approval on the rope and rotten planks effort that features in the movies grand finale! Furthermore, there isn’t a wheelchair ramp in sight!

Why, oh why, are the design professionals that I see on screen so, well, perfect… Not one of my colleagues in the studio have the rugged charm of Paul Newman in the Towering Inferno or the moral fortitude of Henry Fonda’s character in 12 Angry Men. As far as I’m aware none spend their night’s righting societal wrongs as vigilantes like Charles Bronson’s architect character in the Death Wish movies, (although I can’t fully testify to what they get up to after hours).

WonderSphere give us a pretty definitive list of cinematic architects, but from Harrelson to Hanks and from Karloff to Keanu, too few ring true with the people I spend my work days with.

So, next week, when you sit down to listen to the overly long and sickeningly earnest acceptance speeches of this year’s winners, spare a thought for the poor souls that have to live and work in their buildings or worse still – live up to the perfect human specimens that they’d have you believe we are. It makes me want to turn all Charles Bronson. 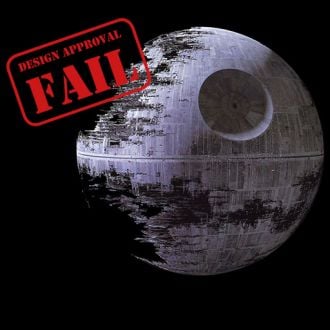