With driverless cars already taking to the roads in Pittsburg, San Francisco and even on trial in Adelaide, the autonomous vehicle revolution is upon us – whether we like it or not.

But as Managing Director of one of Australia’s leading urban planning and architecture firms, Hames Sharley, Caillin Howard asks – how will this revolution impact our cities and our societies?

“We have this exciting technology, but it’s almost as if we’ve designed the cart before the horse, with little thought about how these vehicles will be integrated into our cities,” Caillin says.

“I’m all for embracing technology, but who makes moral decisions for machines? We need to think more broadly about what driverless cars will mean for us, our urban environment, culture and society as a whole.”

According to Matthew Claudel and Carlo Ratti from the Massachusetts Institute of Technology (MIT), driverless cars should significantly reduce the number of vehicles on the road in major cities.

“Self-driving vehicles will have a dramatic impact on urban life when they begin to blur the distinction between private and public modes of transportation,” they write.

“By combining ride sharing with car sharing – particularly in a city such as New York – MIT research has shown that it would be possible to take every passenger to his or her destination at the time they need to be there, with 80 percent fewer cars.”

They also discuss the potential urban and environmental impact of such a dramatic change.

“Clearing the roads of four out of five cars has momentous consequences for cities, by measures such as environment, traffic, efficiency, and even parking,” they write.

“In most cities, for example, designated parking accounts for a huge amount of land, which ends up being useless for most of the day. With fewer cars, much of this space could be freed for other uses. Such reductions in car numbers would also dramatically lower the cost (and related energy consumption) of building and maintaining the roads.

“One engineering study found that automation could quadruple capacity on any given highway. And, of course, fewer cars also means less noise and a smaller environmental impact.”

Erick Guerra, assistant professor of city and regional planning at the University of Pennsylvania agrees.

“I think in urban environments it will lead to less driving and urban space will be used in a more positive way,” he says in an interview with Wired.

In the same article, however, Anthony Townsend, author of Smart Cities: Big Data, Civic Hackers, and the Quest for a New Utopia, has a less optimistic view.

“When you make an economic input cheaper, the net effect isn’t to use less. It’s to use a lot more of it,” he says. “So without restrictions or disincentives, we’ll have more cars.”

Townsend believes the biggest impact will be on service vehicles, which in his opinion, tend to take up the most space on city streets anyway.

“It’s actually trash trucks, trailers, delivery vans, taxis and other vehicles that take up much of the space in cities,” he says. “They will be completely transformed by automated technologies.”

But how will such wide-ranging vehicle efficiency impact our economy?

Danielle Muoio at Business Insider, quotes David Kirsche, an associate professor in the University of Maryland’s Robert H Smith School of Business, who says that the rise in autonomous vehicles will lead to job losses, particularly among those with less education.

“There will be a lot of displacement for sure,” Kirsch said. “These tend to be cab drivers, truck drivers, local delivery services like mail drivers – probably the lower end of the education spectrum with relatively few opportunities.”

She also reports that driverless cars will lead to the death of the car park and parking fines, which could potentially lead to lost revenues for city councils.

“If robot-taxis are always on the move, there simply won’t be a need for tons of parking,” she writes.

While this will certainly impact revenue streams, it may also create an opportunity for many, with large blocks of inner-city land previously used for parking being made available for housing or improved office spaces, and many manufacturers investing in driving services.

“It’s actually why many companies pursuing driverless cars are interested in on-demand services, one example being General Motors $500 million investment in Lyft.”

Then there’s the question of safety, and more broadly liability.

Matthew Claudel and Carlo Ratti say that while the elimination of human error means that driverless cars will undoubtedly be safer than human-operated vehicles, the legal and ethical impact of robot riddled roads remains in question.

“Self-driving cars would also make for much safer roads; more than 30,000 people a year die in automobile-related deaths in the United States every year and 1.2 million worldwide,” they write.

“One of the key challenges for the driverless future is to address the underlying logistics and legalities.

“Insurance, specifically, is an open question: When an accident involves a self-driving car, who is liable?”

From morality and liability to society, Luís Bettencourt at Fortune, warns how improved access to personalised transportation may lead to the “suburbanization”, social segregation and cultural collapse of our cities.

“One scenario is that autonomous vehicles will end up just being improved versions of traditional, manually controlled cars. If this is the case, we’re in trouble. While the car has allowed cities to grow, it has also facilitated suburbanization, segregation, and in some cases, the catastrophic decay of thriving cities,” he writes.

“Nowhere has this been clearer than in Detroit. The car pushed residents from the city centre out to its sprawling suburbs, bleeding Motown of capital and eviscerating its tax base.

“If autonomous vehicles are just going to be greener, safer, and faster cars, then history and urban theory predict that they will generate more travel, not less. This could lead to more Detroit-type situations.”

He counter-argues, however, that with foresight and good planning, this scenario can be avoided.

“The crucial test will not be in the capabilities of the vehicles themselves, but in how we use them,” he says.

“A system allowing autonomous vehicles to behave as subways in dense city centres…and as electric cars in suburbs would be the best of both worlds.

“This would also stimulate new businesses and technologies that can create jobs – such as the new systems necessary to coordinate traffic, new kinds of smart infrastructure, and new advertisement markets – and grow the economy.

“Cities must now think big about such opportunities, with an integrated picture of real people and their real problems front-and-centre.” 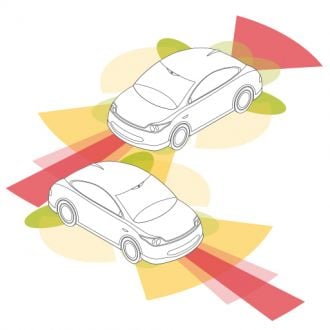