From tuskless elephants and hornless rhinos to glow in the dark fish and square apples, the modification of flora and fauna has been going on for aeons, both by design and accident.

A Singapore artist by the name of Robert Zhao Renhui has just released A Guide to the Flora and Fauna of the World, a striking photographic collection of living things that have been affected by human intervention in nature.

The compendium includes hundreds of fish species, including dyed, domesticated and human-bred varieties like a 4 kg goldfish, the rainbow star warrior and the fluorescent zebrafish.

Square apples – their growth restricted by glass cubes – also feature in the publication, as well as man-made grapes that were actually passed off and sold as real grapes in China.

The collection is both beautiful and frightening. Beautiful because it celebrates the intelligence and creativity of scientists, but frightening because of the vulnerability with which some of the creatures are forced to exist as a result of human presence in their world.

The tuskless elephants, for example, are not actually tuskless, but contain a genetic mutation which renders their tusks very short and unnoticeable. As their herds have been hunted for ivory, these supposedly worthless creatures have been left alone. The genetic mutation has passed on, leaving a line of tuskless elephants, while their tusked cousins continue to dwindle in numbers.

The fascinating images in the book remind us again of our at times dubious relationship with the natural world around us. 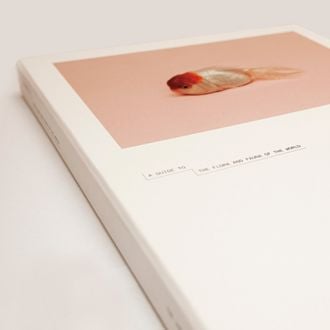