What free trade with China means for architects and planners

Architects and planners will no longer need to partner with a Chinese firm in order to work in China.

Thanks to the free trade agreement to be negotiated between Australia and China, the Chinese market opens up to architects, urban designers and other professional services. China will recognise Australian qualifications.

A significant increase in trade is expected in goods and services in the next decade, reports Peter Cai, editor of the China Spectator in The Australian. Prime Minister Abbott and President Xi announced the agreement on 17 November 2014, when Investment Minister Robb and Commerce Minister Gao signed a Declaration of Intent toward the signature of the Agreement. 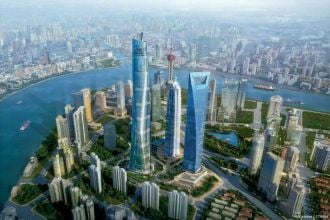