After 199 years, government architecture is under threat in NSW

Now, under plans by the current NSW Government, that 199-year tradition of government stewardship of architecture is under threat.

The Office of the Government Architect (GAO) has suffered such severe budget cuts that it will be forced to slash staff from 120 down to about 12, The Financial Review reported in June.

Why these changes are detrimental to NSW architecture

The GAO has been responsible for some of this state’s most significant and iconic buildings, including the Sydney GPO and Customs House at Circular Quay.

The current change is designed to force the GAO to focus only on providing design consultancy services.

The reduction is part of a wider restructuring of the Department of Finance Services and Property, turning its role into a buyer of services rather than a provider of services.

But this severely undermines the importance and value of the GAO’s work.

The government architect’s strategic focus is working towards a better quality, sustainable and liveable urban environment.

This role is one of design leadership and excellence – continuing the tradition created by Francis Greenway. So successful has this been over the centuries that the GAO has regularly received awards in the Annual Institute of Architects Design Awards. This year is no different: the GAO is currently nominated for four awards this year.

The GAO has been an important influencer of government policies towards the built environment; this is now under threat.

The GAO is also an incubator of architectural talent. Many former-GAO architects have “graduated” to successful careers and quality contributions to the commercial world.

With these savage cuts, the strongest currency the GAO had – its ability to showcase good design – becomes irrelevant. It no longer has the capacity to deliver quality design from its own ranks. And how is the GAO to deliver a quality advisory role with the many departments looking to procure buildings?

There are two possibilities: one is that procurement will slow to a glacial pace. The second is that projects will proceed without the GAO’s excellent insights. Both are a tragedy.

About the author: Tony Quinn is a principal at Hames Sharley. 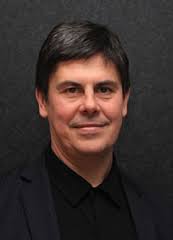