Housing trends: Where, why and what sort of homes we’re buying in 2014

Australian houses are getting bigger and bigger all the time. In 1984, the average new home was 162.2 square metres, while today the average size is 243 square metres, according to property website, Realestate.com. That’s nearly 50% bigger!

Not all these mega-houses are built in the greenfields on the city fringe; plenty of inner-city working cottages and terraces are getting supersized, with 75% of our homes having a spare bedroom, and many with six bedrooms, and multiple bathrooms and living areas.

The question is why?

According to recent studies, the housing choices in Australian cities don’t match what homebuyers really want. These studies show Australians, although ideally wanting large houses, will trade size for location and affordability. But options like affordable apartments and townhouses – those big enough to accommodate families in convenient locations – don’t exist in large enough numbers.

As they becoming increasingly scarce, the trade-off game is becoming a slow move towards the city fringe until the price is right.

Where the trade-offs take us

In March this year, Realestate.com.au published a list of the 10 most popular Australian suburbs. These are the properties that attracted the most people looking per listing.

Sydney’s suburb of Balgowlah, on the northern beaches, tops the list. The median house costs $1.4 million. For those who baulk at this price, units aren’t a much better option, with a median two-bedroom unit price of $640,500 and almost one million dollars for three bedrooms.

Moving far away from the Sydney CBD to Cherrybrook (number five on the list) lowers the median house price to just under $1 million, while three-bedroom units that can accommodate a family have a median price of $688,000.

If this is still too expensive, you could consider Engadine (number 10), which borders the Royal National Park and is about as city fringe as you can get. The median house price here is $690,000 and the median unit price is $517,500, but if you work in the CBD you would need to do the maths to see whether the 45-minute commute (on a good day) is worth the time and the cost.

Lattes instead of lawns

While many families are willing to move far from the inner city to achieve size and affordability, that doesn’t work for everyone.

A 2011 study by the Grattan Institute, The Housing We’d Choose, found Australians would prefer to make trade-offs on space to get closer to the city centre.

Grattan’s survey of 700 residents of Sydney and Melbourne found in an ideal world most respondents would own a detached house in a great location. But when asked to make trade-offs and stick to a realistic budget, smaller houses like semi-detached homes, terrace houses and apartments were a popular compromise.

Unfortunately, these were lacking in almost all areas except for apartments in the city centre – and these are mostly too small for families and lack needed infrastructure around them (playgrounds, for example).

A similar study, commissioned by the Western Australian Department of Housing and Planning* and released the following year, revealed similar findings. The difference on the West coast, however, was a very low appetite for apartments, making the need for semis and terraces even more apparent.

Tyranny of the minority

So if Australians are willing to make these kinds of trade-offs, why isn’t the market providing them? Jane-Frances Kelly, the author of The housing we’d choose, calls it the “tyranny of the minority”.

“Cities are essentially an aggregation of the preferences of a minority,” Kelly says. “What gets built each year is a tiny proportion of overall stock and often really different to what the overall population would choose. This increases the gap between what we want, and what we have.”

Unfortunately, the situation appears to be getting worse, not better. The National Housing Supply Council, in its final 2013 report before it was scrapped by the Abbott government, said there was an increasing proportion of homes with four or more bedrooms: from 32 percent in 2001 to 36 percent in 2006 to 39 percent in 2011. This same period also saw an increase in homelessness and people living in marginal housing. There is anecdotal evidence of a trend in suburban redevelopment that sees larger homes replacing existing smaller houses,” the report says.

More building, but the mix is wrong

“In Melbourne, a lot more apartments are being built but they are all in the inner city, and all are one- and two-bedroom apartments. They don’t suit families,” Kelly says. “And lots of the middle suburbs are getting locked down with very conservative buildings.”

She has visited some good terrace and townhouse projects, but they’re “just a drop in the ocean compared to the mismatch and shortage that exists.” They’re not as profitable to build, and government incentives are needed, she says.

Are the emerging “mini-cities” the answer?

Kim Hawtrey, associate director at the economic research company, BIS Shrapnel, believes the Engadine option isn’t such a bad one. The desire for a detached house is still strong among Australian families, he says, and the key for planners is to build up employment opportunities and lifestyle options in sub-centres like nearby Miranda.

“Not everybody has to live near the CBD of Sydney,” Hawtrey says. “You can have sub-centres like Chatswood, Parramatta, Miranda, Liverpool, and Penrith, which over time will become quite cosmopolitan, mini-cities in their own right. A lot of those will be bigger than Canberra and are bigger than Hobart already.” 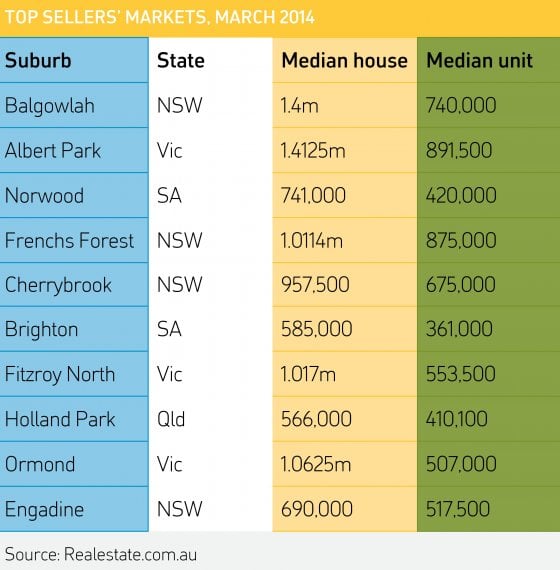 Ben Hurley is a freelance property and construction industry journalist for major mastheads including the Australian Financial Review, Property Australia and BRW magazine. 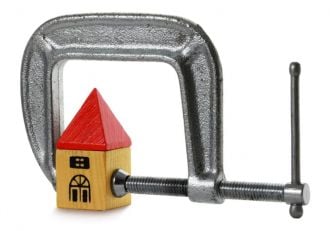