In spite of its generous health insurance plans, paid maternity leave, free lunches, gyms and workplace freedom, Google, one of the most desired workplaces in the world, still has trouble holding on to its staff.

Whether this comes down to the fast pace of the tech industry or flighty Gen-Y employees, a reason for their staff retention issue could very well be the company’s lack of seniority and mentorship.

Freedom aside, no one wants to work in an environment where they can’t progress, and it’s difficult to advance your career when you’re not learning, or inspired to learn.

William “Bill” Hames, Executive Chairman and founder of Hames Sharley, started his architecture business almost 40 years ago in search of an environment where he could learn and grow – and he’s the first to admit he didn’t build his empire alone.

From the very beginning, committed, loyal and passionate staff have been the cornerstone of his success, and he, in turn, has provided the foundation of theirs.

“Paul Drechsler, who I had worked with in a previous firm, joined me not long after I started doing my own thing,” Bill said.

“I was just doing carports and pergolas at that stage, and he was working for a local architect who did all of the Catholic churches in the region.

“He called me and said that Gilbert (one of his colleagues) was walking around the office singing hymns, and if I didn’t give him a job he’d kill Gilbert,” Bill laughs.

“It’s an ongoing joke between us, because after 39 years with Hames Sharley, Paul has only just retired, and it all began because I didn’t want him to kill Gilbert.”

In a way, Gilbert is a metaphor for the importance of providing an inspired workplace, and a clue as to why Hames Sharley have such high staff retention rates.

When you’re stuck in a rut, uninspired by your surroundings and working to another person’s tune, you’ll go nowhere – if you’re in an environment where you’ve listened to, constantly challenged, learning, teaching and sharing knowledge, you’ll flourish.

An advocate of continuing education, it’s Bill’s belief that empowering people with knowledge not only makes them better professionals it makes them more inspired employees, and ultimately leads to a stronger, more dynamic firm.

“After being in business for a while I started knocking on doors for the bigger jobs and could never crack them, so I decided to go back to university,” he said.

“I finally got accepted into Harvard and studied there for a couple of years, while Dave Sharley took over the reins as my partner.

“Paul Drechsler also decided to further his education and went off and did environmental science and geography.

“Interestingly, that’s exactly where the industry was going in the US, so when I got back from Harvard, we started another company called Urban Environmental Planning Group (UEPG), which really put us at the forefront of sustainable development in Australia.”

Eventually, UEPG successfully merged with Hames Sharley, but Bill believes that the broader thinking he and Paul gained from their continued education is what led the business to where it is today – and he’s committed to providing that opportunity to Hames Sharley’s staff.

“We have recently had a couple of our guys finish a management course in Western Australia,”

“We also encourage our staff to become registered architects and pay for the cost of the course for registration.

“Some might think that’s counterproductive because once registered, an architect can go out on their own. But by doing the course they’ll become better professionals, which is good for them and for us.”

Hames Sharley’s philosophy of allowing staff to grow and learn within the business has led to a loyal, thriving workforce.

Caillin Howard, Managing Director of Hames Sharley, is a testament to this.

Starting out in the Perth practice under a short-term contract, Caillin admits he had no intention of staying at Hames Sharley – that is until he got to know Bill.

“I’d just finished uni so thought I’d get some experience before moving to a boutique firm,” Caillin said.

“After three months I realised I was immersed in a practice that provided an enormous amount of freedom and opportunity, which I just couldn’t pass up.”

Caillin vividly remembers two occasions during his first three months, which seeded his respect for the firm.

“I ran into Bill in the corridor one evening and we had an incredibly frank discussion about growth and potential – at some point he asked me, “so do you want my job one day?” and I responded with, “don’t worry, I’ll tell you when to get out of the way.”

“That conversation is evidence of Bill’s encouragement of people in the practice. He understands what it’s like to be young, thirsty and inspired, and admires people who have that drive.

“The other occasion was at a meeting for a big project I had taken on. There were some serious players in the room and I expected to be sidelined as an observer – to Bill’s credit he stepped aside and let me deliver the presentation, backing me all the way.”

Now Managing Director, Caillin has tried to emulate Bill’s mentorship, by providing his staff with the same platform for growth – but he’s also learnt that freedom and flexibility aren’t for everybody.

“For me, freedom was the key, with a structure that I could bounce back to if I needed,” he said. “But to succeed in that environment you need self-motivation and drive – as a manager, it’s important to recognise that some people work better in a structured workplace.”

“It’s a constant balance between providing the support people need, without shackling growth and independence.”

But with over 150 staff, many of whom have been with Hames Sharley for 15, 20 even 30 years, they must be getting something right.

“When it comes to staff retention my mantra for 40 years has been: “it’s not my business, it’s your business,” and if you treat it like your business and treat it well, it will look after you,” Bill said.

“I understand that people have lives, that they want to explore different workplaces and countries and disciplines, and I encourage them to do that.

“But at the end of the day if you treat people with respect, encourage them to learn, develop, grow and provide the freedom for them to do so, many leave but surprisingly many return.” 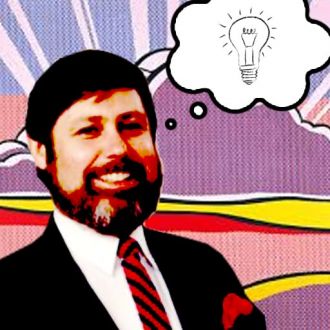