As in haute couture fashion, property design trends and innovations often flow from the luxury end of the market.

Wealthy buyers look for the new and different that will set their homes apart from their peers – a tough ask.

Satisfying the top-end buyers craving for difference pushes designers to new limits. Often, their ideas are adapted for the broader market.

This makes keeping one eye on the luxury apartment design a must.

For Ian Johnson, developer of the luxurious Mardalup apartments in Perth’s Claisebrook Cove, it’s about the things you notice and also a heap of things you don’t.

Overlooking the Swan River, Mardalup consists of four apartments, each with about 500 square metres of floor space, making them bigger than many inner-city houses. The price tag? Around eight to nine million apiece.

There will also be a seven-bedroom, 1900 square metre penthouse on top, with parking for eight cars, a rooftop swimming pool, fish ponds and even a waterfall. But it’s not for sale.

“I’ve got the penthouse,” Johnson says. It’s part of his sales pitch. He built the complex to live in himself, so he hasn’t cut any corners.

Mardalup is designed to give a feeling of immense space, Johnson says. All the bedrooms are over double size with three-metre ceilings. The passageways and living areas are wide and voluminous with open fireplaces. They flow out onto large balconies, typically 150 square metres, via concertina sliding doors.

Each apartment has a bar, powder room, media room and climate-controlled wine cellar. There are also triple-garages, internal storerooms and CBUS security. The finishes and appliances are all top end.

“There’s a lot in the building you won’t see,” Johnson says. “The finishes are second to none. It’s really well insulated. You could have a concert in there and you won’t hear it outside.

“People who pay this sort of money need room and space. They move out of houses because they have had enough of gardens.”
So is it as simple as big spaces, great outlooks and a checkbox of high-end appliances and finishes?

IS SPACE THE SECRET?

But Melbourne buyers put greater demands on the design.

Nothing shows value better than vast amounts of space, Jacobs says, so this is always primary in buyers’ minds. Wealthy buyers also demand exclusivity, not just regarding their apartment but the entire building.

“If it’s in a development with a smaller number of equal quality apartments, that has much more appeal than if you have a couple of hundred apartments, one- and two-bedders, and then you stick an absolute luxury penthouse on top,” Jacobs says. “And if you’re going to do that you would need a separate lift which may not be that viable.”
Justin Davies, director of Space real estate who sells high-end property in Perth’s Cottesloe area, says a lot of eventual apartment buyers don’t start out looking for an apartment and aren’t market-ready when they come to inspections. They have a look out of curiosity and get inspired by the design, then hurriedly get their finance together after the fact.

“I think the core of the change of lifestyle into apartment living is something that will happen from the development of good product rather than from the desire of buyers,” Davies says.

He names an easy, low-maintenance feeling as one of the winning ingredients.

“Most people get inspired by a clean, fresh, easy feeling décor,” Davies says. “A lot of people wanting this change in lifestyle want to get away from the maintenance and the upkeep of the homes that they’re in. The idea of going into a place that’s clean and fresh, but still has a sense of warmth and homeliness, is important.”
But keeping ahead of design trends can be a challenge, he admits. “Cars, clothing, interiors, the people that lead the market will always find their design style will be taken up by the broader market in time,” Davies says. “I guess that’s what is the challenge for designers to keep coming up with a new look, finish, and style that’s attractive and different.”

STAYING AT THE CUTTING EDGE

Hames Sharley associate Tim Boekhoorn says a lot of features now common in the mass market began at the top end. While some things like marble are still largely the preserve of the wealthy, mass-produced products like reconstituted stone have become widespread and offer a comparable look and feel.

“The big one is finished,” Boekhoorn says. “Ten or fifteen years ago, everyone was getting the laminate benchtops, and now it’s reconstituted stone. The price has come down and now it’s standard. Same with induction stoves, in the years to come those things that were originally luxury items are now the norm. Just like big screen TVs.”

Other more aspirational upgrades are sometimes offered in new apartments. Bifold doors and high-end appliances aren’t usually standard but can often be fitted for an extra fee.

But upgrades are limited to what can be easily managed on-site. There is never the same level of customisation and bespoke design as is found when selling to the rich.
As for timing when to sell them, the high-end market is influenced by a different set of drivers to the broader housing market. It tracks the luxury house market because people usually only buy sumptuous apartments when they are able to sell their high-end houses.

This could be what determines Mardalup’s success, with some recent statistics by the Real Estate Institute of Western Australia suggesting Perth’s property market is slowing.

“I think the top end is a bit insulated,” Johnson says. “In the middle range, priced at $2 million or $3 million, there’s plenty of that around.” 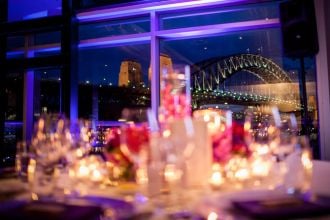