New York city planners use avatars to oversee their decisions

One of the major challenges in city planning is that the people doing the planning don’t always look like the people inhabiting the city. That’s especially true in metropolitan New York. Middle-aged white planners living and working in Manhattan with big salaries and short subway commutes experience the city in a way most residents just don’t.

Planners often try to bridge this social divide by engaging with as many residents as possible through workshops and focus groups. The Regional Plan Association has done lots of those in recent months, as it begins to develop its fourth once-in-a-generation plan for metro New York, but it’s also taking things a step further. RPA has created 10 profiles meant to represent — in a statistically true sense — the people who live in the region. The personas will serve as a sort of fictional oversight panel tasked with holding the plan accountable to its true mission. 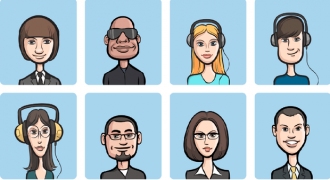