Opening the door to constructive debate about our cities

Alongside the love Australians have for property sits a strong suspicion towards development projects. Resident protests have overturned planning systems, stalled what are now some of the country’s most iconic buildings, and sent others back to the drawing board.

But amidst the often negative media coverage of city planning and development, Open House events around the country are engaging growing numbers of people in constructive conversations about the way we want our cityscapes to be designed and planned.

Marica Pastorelli, the event manager of the upcoming Open House Perth event this November 2-3, says by opening the doors to buildings that are usually only viewed from the outside, members of the public can develop a new appreciation for the creativity that goes into designing and constructing them.

“You might be in the city every day but you sometimes forget to look up and see what is actually around you, what it looks like and how it functions,” says Pastorelli, who has been involved since the first Perth event in 2012.

“It’s all about having a conversation about architecture, not having these hostile exchanges where the builder, the investor, the architect and the public are all separate entities. We can all come together and have an informed discussion.”

Open House began in London in 1992, with the aim of promoting high-quality design and sustainable built environs by opening key design projects to the public. It has since become an international brand involving more than 30 cities including New York, Barcelona and Chicago.

Since the first Perth event in 2012, over 75,000 people have visited Open House destinations in Perth, including residential, civic, commercial and religious spaces. Last year, visitors came from Geraldton, Margaret River and Kalgoorlie to take part in the event.

Open House Perth has 70 destinations open to the public this year, up from 42 last year. Popup bars and walking tours will encourage people to utilise and interact with public spaces, and “speed-dating” sessions with famous designers will allow interested residents to hit them up for answers to problems, large and small (design problems, that is…)

A grand design for Australia

Peter Maddison, the host of Grand Designs Australia and ambassador of this year’s Open House Melbourne event that took place in July, says the public is increasingly well informed about what makes good architecture. The Melbourne event has become so successful that people wanting to see key buildings now have to book in advance due to strong demand.

“I think there is a growing fascination with architecture among mums and dads,” Maddison says. “I’ve certainly witnessed that in Melbourne.”

You might think that, as people become more opinionated about design, it would be harder to keep everyone happy. But Maddison says this is not so. Rather, informed debate drives better design outcomes for everyone. It shows up in the way developers increasingly employ well-known architects to design apartment projects, he says. And it shows up in where the younger generations choose to hang out.

“Kids in their 20s are highly attuned to what’s good and bad in design. They go to places that are cool, they want rich and interactive streetscapes. They avoid areas that are bereft of good design.”

In Perth this year, past favourites are back including the BHP Billiton tower (Brookfield Place), Central Park and The State Theatre Centre.

The event gives architects a forum to speak about the design principles that go into the most functional of public buildings – medical centres, office buildings and libraries.

Few would realise, for example, that Australia is a world leader in healthcare buildings. In the health-related buildings category of the World Architecture Festival, which runs from October 1-3, three out of four shortlisted buildings are in Australia.

But there is a particular focus on the Perth home this year, and a lot of new destinations that show how good design can solve some of the modern city’s most pressing problems.

In a city sometimes known for its brash mining billionaires, Pastorelli says the city has its share of homes that are highly sustainable and make clever use of limited space – a consideration that will become increasingly important as land prices rise and policymakers grapple with the problems associated with urban sprawl.

For example, one-bedroom, one-bathroom house – The Apartment House – makes entertaining a focal point for a young professional couple. Gordon Stephenson House is one of Perth’s most influential new commercial developments, setting a new standard in sustainability and place-making. Another house, CASA31, demonstrates how new outcomes can be achieved while maintaining the heritage of a 1930s home.

“People will be pleasantly surprised by the quality of design in Perth especially at that small scale,” Pastorelli says. “At the moment in Perth there is a shortage of land, people are having to build further afield because they want large blocks of land, we’re at that point where we have to make a compromise.
People can understand you don’t have to compromise on the quality of design with a small amount of space.”

Adelaide and Melbourne have already held Open House events this year, but Open House Brisbane will take place over October 11 and 12, while Sydney Open is part of the Sydney Architecture Festival from November 1 to 10.

About the author: Ben Hurley is a freelance property and construction industry journalist. He has written for major mastheads including the Australian Financial Review, Property Australia and BRW magazine. 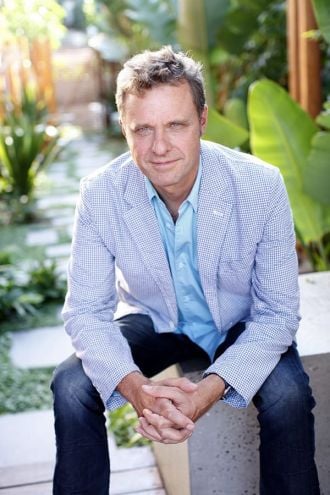