Paul Edwards: Changing everything at Mirvac

In a potent address to shareholders in January this year, Susan Lloyd-Hurwitz, the CEO of development company Mirvac, announced her company’s ambitious commitment to sustainability.

The company published its long-term and short-term social and environmental targets, which include becoming net positive (generating more water and energy than it consumes) by 2030, in a sustainability document called This Changes Everything.

This document is the work of Mirvac’s group general manager of sustainability, Paul Edwards, a former Lend Lease sustainability leader. Edwards, reportedly hand-picked by Lloyd-Hurwitz, returned from the United Kingdom a year ago from a sustainability position with London-based REIT, Hammerson.

“I am responsible for embedding sustainability in our business,” says Edwards, who is a keynote speaker at the Making Cities Liveable conference in Kingscliff this week. “Everything including development, construction, operations, residential, offices, retail and industrial. From wastewater and energy to climate change and, on the social side, training and community engagement programs right across the business.”

Mirvac’s position is in stark contrast to the Abbott government plan to remove carbon tax and introduce a ‘direct action’ plan, which has been criticised as ineffective and expensive even within the ranks of the Coalition.

Edwards is unimpressed but undeterred by the federal government’s attitudes. “I feel it is completely wrong – [it’s] going in the wrong direction. The whole of the industry in my sector is very disappointed that we are going backwards when every other government is going forward. Even in the United States. Even in China. It is embarrassing for us as a country.

“As a business, we are committed because it makes good business sense. Why wouldn’t you? The price of carbon is only one contributor to electricity costs. Australia is one of the largest markets for solar and the price is coming down and storage coming up to speed. The federal government’s decisions are affecting us, but sustainability is good for business. Why wouldn’t you engage the community to include the social welfare and cohesion of a community?”

Many a CEO edict has disappeared in a puff of smoke in the process of communicating and implementing it.

He insisted that a multifaceted communications plan ran alongside This Changes Everything. “The strategy has a clear catchline, and a simple one-page strategic plan, with a symbol that goes around it. Each of our four key areas of focus has a mission statement, so everyone can understand it. We stress that all parts must be implemented; none of them stands alone.”

Edwards launched the strategy internally as well as externally and, this financial year, the targets are linked to performance. “Everyone has a requirement to meet our key business drivers and one is sustainability leadership. Everyone has to put it on a performance plan and demonstrate how they do it,” he says.

All businesses have a sustainability plan, tied into all business units, and all have to deliver against the strategy, linked to short-term incentives, scorecards, and bonuses.

Suppliers have time to change

Suppliers will soon be pre-qualified on sustainability measures. A responsible procurement policy, just completed, will be integrated into the broader procurement policy and includes suppliers answering a questionnaire and providing a code of conduct.

“At the moment, we don’t mandate these measures,” Edwards says. “We know the industry has to catch up. What we want to do is bring people on the journey and, over time, mandate parts of it. Initially, we want to raise awareness, and start to educate suppliers.”

The response from suppliers has been remarkable. “We have a lot of suppliers approach us, and say by the way we are doing this, did you know? They are selling more and different products to Mirvac.”

It takes a village to achieve sustainability

Behind the adage “It takes a village to raise a child” is the idea that complex goals need commitment, ideas and care from an entire community.

“Enriching communities” is one of Mirvac’s four key areas of focus. By 2018, Mirvac’s mission is to demonstrate “community investment within and beyond our boundaries”, by which it means enhancing the health, wellbeing and social
the inclusion of communities.

“Beyond our boundaries means recognising that our places do not exist within a bubble and that what supports society as a whole improves the places we create,” the
strategy states.

Edwards says: “We create a lot of places – new developments –and we need to engage with the older communities around them, and create a sense of place and neighbourhood, building parks, organising through summer festivals and networking events that get communities to bond, then form their own communities. That is all linked to security and ultimately to house prices, so everyone is a winner.”

The social sustainability program also involves training, some indigenous employment, and a global reporting initiative (GRI index) that includes a scorecard of performance on:

Mirvac’s CEO, Susan Lloyd-Hurwitz, is the visionary behind the changes at Mirvac, but Edwards is the man making the dream a reality.

Mirvac is committed to its sustainability program because it is important to investors, to the clients who lease their office spaces and, increasingly, to the customers who buy their properties, Edwards says.

Each of these stakeholder groups is increasingly interested in environmental and social governance. Lease clients want Mirvac to help them lower their energy costs, while homebuyers want to increase the resale price of their homes. Mirvac also wants to reduce its costs, and increase its returns.

The business case is a compelling one, says Edwards, but there is a moral side to Mirvac’s direction.

He says: “The other piece is that this is the right things to do.”

About Kath Walters: Over 16 years of writing and editing for top-quality print and digital media mastheads, Kath Walters has reached an audience of over 20 million people, with an estimated 1.3 million compelling, informative and carefully-researched words. The mastheads that have published her articles include BRW, Australian Financial Review, SmartCompany, Business Spectator, Crikey, Women’s Agenda, LeadingCompany, and Property Observer. 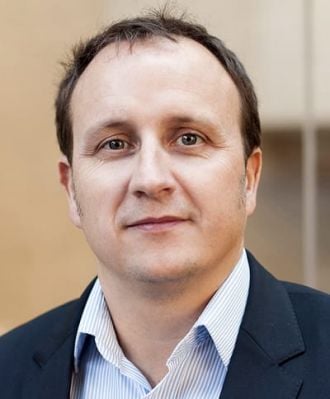