Why we cannot afford low standards of urban and building design

Recently, 110,000 Greeks signed a petition to prevent the unregulated development of their coastline. They fear that it will badly damage one of their greatest natural assets; an important resource to many Greeks and a principle reason why millions of tourists visit Greece. The danger is that the search for a way out of the economic catastrophe of the last seven years may cause long-term harm. Once poor development is allowed it becomes a precedent and will trigger more and more until the beauty of the coast is lost forever.

Somehow, it is easier to understand the damage to nature than damage to cities.

But cities are a landscape just as vulnerable to harm. It does seem that there is an unwritten law of urban design: poor design leads to more poor design or even poorer design.

Why falling standards matter to our health, happiness and wealth

Well, for a start 75% of Australians live in cities. Australia is the most urbanised nation on earth and we all instinctively know that we should look after where we live because it affects our lives, our families and the communities we live in.

In my role here at Hames Sharley, specialising in health, science and education, that means I spend time considering the community as a stakeholder in every new building or complex, finding ways for them to enjoy and traverse these facilities, whether or not they actually use the functions for which they are designed.

Cities serve our material and psychological needs. In material terms, 80% of Australia’s GDP is produced in cities. Every day we read another fact that introduces a further facet of their complex contribution to our wealth. Here’s a couple I found recently scanning newspapers and the Grattan Institute’s Productive Cities report, (May 2013)
Cities also make a complex contribution to our physical and psychological well-being. There is a considerable concern throughout the world that chronic conditions such as diabetes, obesity and heart disease and poor mental health are caused by the way we live. The shape of our cities is part of the cause.

These facts are front of mind for our clients. They want our profession to consider the social architecture of new buildings—their contribution to our physical and psychological well-being—as well as the integrity of their design.

How each building creates a better city

Poor design is destructive; it causes harm. Poor building and urban design make us less social, and we are social beings.

What we actually find when we study what works and what doesn’t, is that good building design is often complex, multi-functional and subtle. Good buildings recognise that they have a civic duty as well as serving a private function.

For example, older housing in Vancouver, Canada, has characteristics lacking in newer dwellings, according to a 2005 study by Elizabeth Macdonald, associate professor of city and regional planning, landscape architecture and urban design at CED Berkeley. All ground floor dwellings had front doors that were raised above the street to create a gentle gradation from private to public. Similarly, bedrooms don’t face the street and small gardens or terraces both personalise and mediate between the house and the street.

Her work offered part of an explanation for what constitutes good design. Vancouver now has design requirements that build on some of these realisations. Thus, ground-floor homes have individual entrances and underground and hidden garages are favoured.

Improving our cities: the role of planners, designers and the community

On the macro scale, we need better planning for our cities and a more resolute political will. For 30 years, politicians in Melbourne have realised that unfettered growth of the outer suburbs should be stopped, but somehow keep caving in, thereby ensuring long commutes and swallowing up prime agricultural land on Melbourne’s outskirts. The recently released, Plan Melbourne, offers a way forward, proposing the end of peripheral growth and introducing connected centres of higher density throughout the city to meet the anticipated doubling of the city’s population by 2050.

The scale of these issues demands city-wide action, and this is hampered by the large numbers of councils in Australian cities. Sydney has 40 councils. The current move to have a single city authority in Sydney is long overdue.

At the micro level, local actions such as the “pop-up park” in the inner-western suburb of Yarraville, Melbourne, or the guerrilla gardening movement, in which volunteers plant gardens on
public land, show us that a small group of individuals acting in concert can make a difference even in our large urban environments.

Somewhere in between lies the architecture profession. Our responsibility is to research the best solutions and provide that research to decision makers and to take our civic role seriously by designing for the whole community as well as for our clients.

About John Miller: John is a principal with Hames Sharley in Sydney. He is in charge of education, science and health architecture in New South Wales. He has been designing university and health buildings in UK, Africa, Hong Kong, Brunei and Australia for nearly 30 years.

He is particularly interested in sustainability and design review. In the UK, he was appointed to the design review panel at Architecture and Design, Scotland, that country’s national champion of good architecture, design and planning.

In 2012 he was appointed to the Victorian Design Review Panel, providing independent advice about the design of significant development proposals.

He is currently participating in a federally-funded major research project in Liveable Cities which is coordinated by the McCaughey Centre for Community Wellbeing at the University of Melbourne. 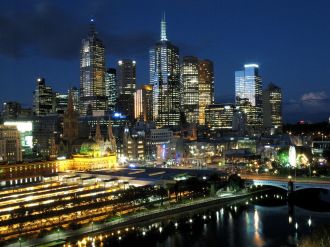