Surf clubs provide wonderful community and cultural benefits. By their very nature they exemplify what it means to be Australian. The principles of the Scarborough Surf Saving Club emanated from our collaboration with the foreshore redevelopment team. This was evident from the project’s inception and briefing workshops which enabled us to fully understand the wants and needs of all key stakeholders.

The objectives and design principles for the facility were identified during early workshops and included building on Scarborough’s identity, creating an activated, integrated and attractive place and defining “what is the role of the Beach services and the SLSC”. 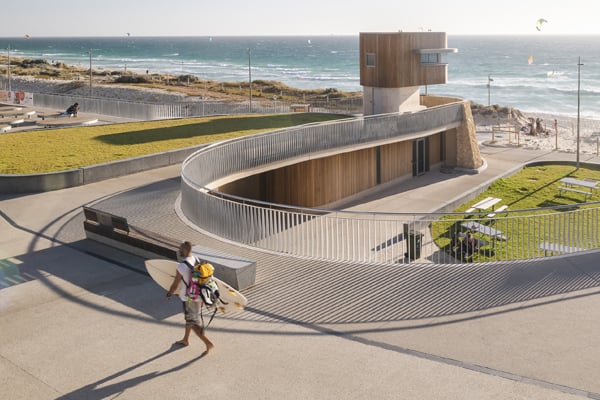 From the outset Hames Sharley approached the project as an exercise in urban design. Issues including activation, view corridors, integration and micro-climate were all analysed with stakeholders before the building forms were developed. Once these issues were understood the team considered the project as a series of spaces, positioned to enhance and celebrate the overall precinct. The external spaces created being as important as the internal spaces. 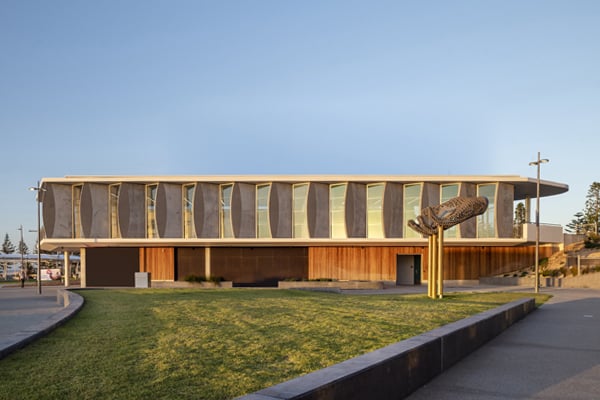 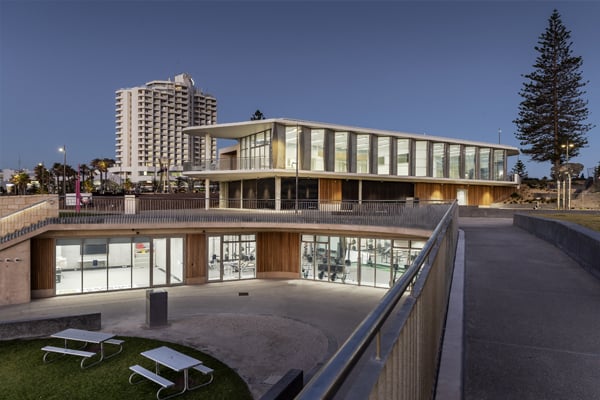 Our approach centred on the often quoted ‘sand and sea’ that describes the coastal location. The design of upper building consists of two forms; sand – inspiring the ‘solid’ form that houses the functional service parts of the precinct and sea – inspiring ‘transparent’ forms that represent sea froth, realised as permeable enclosures. 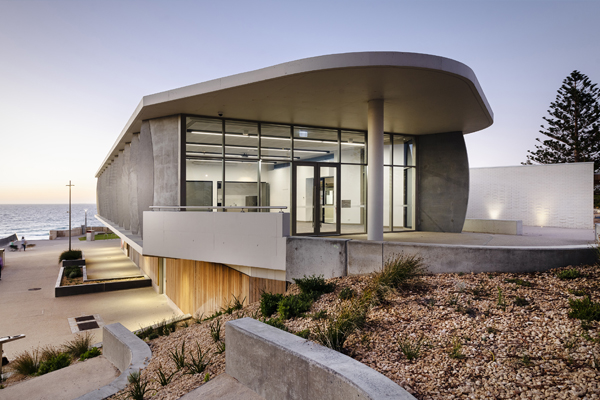 Many sustainability initiatives were investigated as part of this project, including solar panels, grey water re-use and meter monitoring. The most effective measures integrated were passive solutions to minimise energy usage, including fully opening windows and minimising direct sunlight. 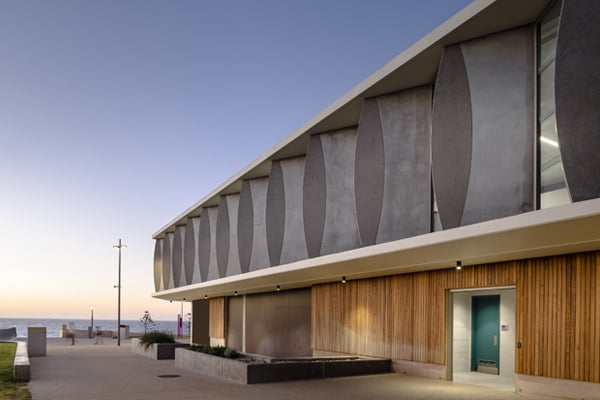 Transparency is enhanced with concrete fins inspired by surfboards and waves to create a rhythm to the exposed south of the building. These fins aren’t just architectural expressions but also enable lines of sight from the entry through to the ocean, whilst providing structure and thermal mass for ESD compliance. The lower facilities are finished with concrete and timber cladding, creating legibility and a sense of tranquillity. 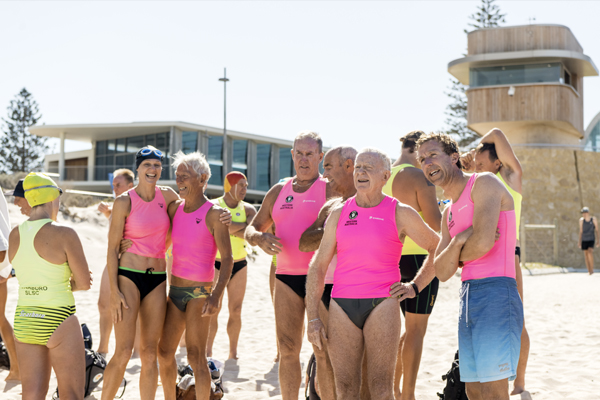 Of foremost importance to the client and stakeholders was the provision of facilities that enabled safety for the public on the beach and surrounds. 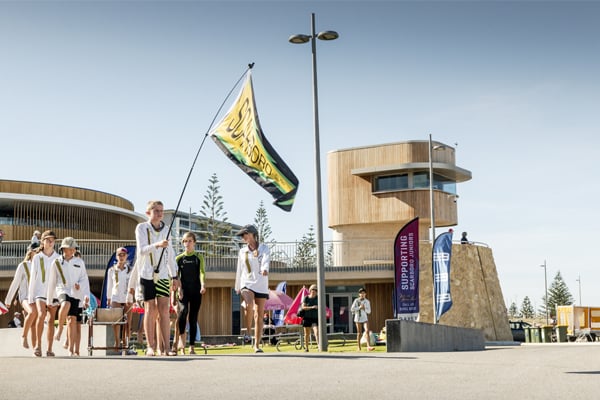 The objectives and design principles for the project were identified during early workshops and included building on Scarborough’s identity, creating an activated, integrated and attractive place and defining “what is the role of the Beach services and the SLSC”. 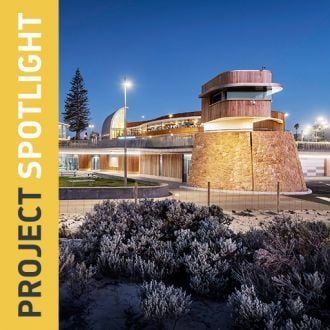 A changeroom of their own: the importance of designing for women in sport