How do we design our way to an ultra-green, ultra-urban future?

Already, 12,000 people have registered with online educator, Coursera, to find out the answer in a new eight-week course called “Re-Enchanting the City - Designing the Human Habitat”. Organisers expect as many as 40,000 registrants by the time the course starts in April.

Distinguished Sydney Morning Herald journalist and architecture commentator, Elizabeth Farrelly, will co-present the course along with Oya Demirbilek, an associate professor with the University of New South Wales’ school of Architecture and Design.

Farrelly, who holds a PhD in architecture, is well-known among architects, planners and developers for her insightful writing on designing and planning our built environments.

For Farrelly, the new course is another way to further her crusade to improve our built environment.

“I have spent more years than I care to think about trying to communicate architecture to a public audience,” Farrelly says. “I don’t see myself promoting architecture, but it seems to me that if people better understand architecture and how it works and what it means then the quality of what gets built will gradually improve.”

For the UNSW, the course is among its first entries into the brave new world of MOOCs (massive open online courses). Coursera provides free online courses from universities worldwide, including some of America’s most iconic – Yale, Stanford, Columbia – as well as the universities of Melbourne and Western Australia.

MOOCs are a new way for universities to market themselves to a global audience, showcase their faculties’ talent and entice students into paying for their non-MOOC courses.
The new course focuses on an award-winning urban renewal development at Central Park, Sydney, and the impact that all the clashes and collaborations of professional, political and public interests had on the outcome of the project.

The apartment buildings at One Central Park feature vertical gardens up the tower’s walls and a cantilevered heliostat – a mirrored surface that channels light onto the parkland below.

Farrelly says: “We wanted to look at architecture in its urban context. It is not just the design professionals; it is about how the politics played out, what part the court case – and litigation that came part way through –played, how the art strategy came about, and about how the developer’s vision really shaped the final outcome.”
For developers, the course offers a particularly inspiring story, Farrelly says. “Everything that has made this development so memorable and the reason that it won this year’s award for the best tall building in the world derives from this developer’s vision,” she says. “So there is a tale to be told about how developers with bigger, bolder ideas can make things that stand out from everything else and gather world attention.”

Coursera, however, caters to a global audience. One challenge is the registrants will be from dozens of countries around the world. “We need not be too Australia-specific, but to tell the story in a way that is interesting to everyone,” Farrelly says.

“It’s safe to assume architects, engineers, horticulturalists and other construction professionals will check it out, but we are also imagining people like high-school leavers, who are considering one of these professions for a future course, and want to understand what it might involve. It has to cater to a number of different levels of sophistication and knowledge.”
This course does not lead to any qualifications but has several layers of possible involvement. Registrants can simply watch the videos, or they can do the quizzes, tests, discussions, and other activities. Tests are designed so they can be marked, en masse.

Farrelly, who was once a Sydney City councillor, hopes that town planners will do the course.

“I used to try and educate the council planners about urban design and what it was, and I am still interested to do so because a lot of people, including a lot of architects, don’t really understand that urban design is not just urban buildings,” she says. It is about how you design the rules that shape the buildings. Planning is like a pruning exercise, shaping and controlling the development urge, and not many people understand how to do that in the public interest.”

Planners come at urban design from the point of view of guardians and creators of public benefit while architects and developers come from developing yield and floor space. Farrelly says: “They are almost directly opposed, and that becomes a creative clash or tension that produces, in the best of all possible worlds, something wonderful.”

To find out more about Re-Enchanting the City - Designing the Human Habitat, click here. 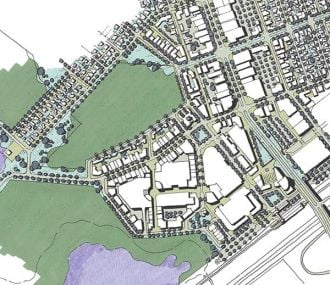