The way we fund and build apartments in Australia is just one of the factors contributing to the country’s housing-affordability crisis. However, as Kath Walters reports in ANZ’s economic publication, Bluenotes, an emerging financial model known as Baugruppen might help to solve the problem.

The German word – it translates as ‘building group’ – refers to a funding model whereby housing projects are initiated by the future residents. This model, however, misses out on the advantages that the developer model offers.

A Baugruppen can form for any reason, however, they are usually born out of a set of common interests, such as sustainability in design. This collaboration of residents results in buyers having a greater emotional investment in the development, which lessens settlement risk – the phenomenon in which off-the-plan buyers cancel their purchase decision at the last minute, usually due to property value at the completion of construction being less than expected.

At the moment, settlement risk in Australia sits at roughly three percent but this number is expected to rise in big cities such as Melbourne, where currently there is an oversupply of apartments.

To learn more about the process of Baugruppen and how it is making its way to Australia, click here. 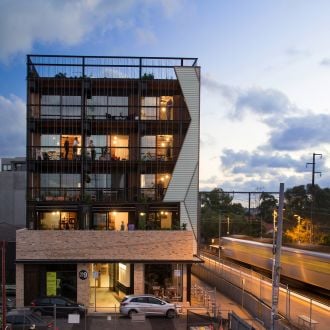