Residents sue a San Francisco council for failing to densify

Housing advocates have set up a website to attract plaintiffs for a suit against a Bay Area town council that refuses to densify its housing supply. Frustrated with San Francisco’s lack of affordable housing around the metro, the advocates want suburban councils to act. But in the East Bay city of Lafayette, population roughly 24,000, a developer has just downgraded a project of 315 moderately priced apartments to 44 single-family homes that will sell for $1.2 million each on average. Now the citizens want to sue. 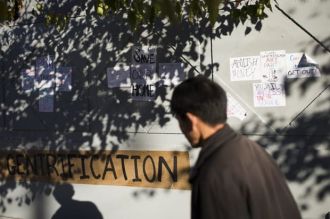