Retail and the Starchitect

From Antoni Gaudí to Frank Lloyd Wright, it’s impossible to admire the world’s most famous buildings without wanting to know more about the creative geniuses behind them.

But ‘starchitect’ architects – whose celebrity and critical acclaim transform them into architectural idols – aren’t just ghosts from the past, in fact, developers from around the world are clamouring to sign up top talent to create iconic buildings that will ultimately increase the value and exclusivity of their developments.

And while Australia, or at least Sydney Harbour, is known for some of the most iconic architecturally designed buildings in the world, when it comes to retail spaces we maintain a fairly conservative approach.

So what happens when a starchitect designs a shopping centre?

The following four starchitects are making waves in the retail design space and all reinforce the importance of good design in creating value for a retail brand.

You can’t talk about retail design without mentioning Amanda Levete. A British architect made famous for designing the Selfridges store within Birmingham’s Bull Ring Development, through her partnership with Jan Kaplický at iconic London-based architectural firm Future Systems.

The brief was to design a state of the art department store and to create an architectural landmark for Birmingham as part of the catalyst for the city’s urban regeneration. A goal that was most certainly achieved.

As described by Jonathan Glancey in The Guardian, on 1 September 2003, it is “a vast cliff of a building, a computer-age geological outcrop, as distinctive and eye-catching as the white cliffs of Dover.”

Levete’s next foray into retail design was the Central Embassy, located in the former gardens of Bangkok’s British Embassy. Currently, under construction, the 150,000 square metre development merges a seven storey luxury retail podium and 30 storey five-star hotel into a sinuously, curvaceous shape. The elevated form that rises from the podium wraps around two vertical light wells opening up internal spaces to reveal the stepped terraces of the hotel above.

Another master of the retail space is Daniel Libeskind – an internationally renowned starchitect lending his designer eye to shopping centres in the US and Europe.

His work on the Westside Centre in Bern, Switzerland, is noted for its unique integration of architecture and landscape – its impressive location above Bern’s A1 highway the 150,000 square metre complex includes a hotel and leisure centre with waterslide and an outdoor pool. Its strong angular and crystalline forms are typical of many of Libeskind’s public buildings.

Made famous through his work on the Pompidou Centre in Paris, Renzo Piano has undertaken several retail projects during the course of his career. The Bercy 2 Shopping Centre in Paris took its shape from the surrounding topography and its roof is covered in 27,000 modular shiny steel panels of sophisticated geometry. Its curved silver form has been slotted into the junction of the adjacent motorway, making its mix of retail, hotel and commercial offices easily accessible.

Another Piano project is the Il Vulcano Buono in Naples, Italy, located in the countryside just outside the city. This mixed-use centre is a modern version of a traditional ‘Mercato’ or marketplace and includes an Auchan hypermarket, shopping mall of 150 speciality shops, entertainment and leisure precinct, offices and a hotel.

The project’s design draws its inspiration from the surrounding landscape and in particular the nearby Mount Vesuvius volcano. The building’s form replicates the volcano and its crater, with its sloping grassed concrete roof rising up to the edge of the ‘crater’, framing the centre’s main public piazza.

Another perhaps lesser-known Italian architect is Massimiliano Fuksas, who has completed a number of retail centres and stores, such as Armani, across the globe.

His design for the MyZeil Shopping mall in Frankfurt, Germany, covers an area of 77,000 square metres and includes shops, leisure spaces, restaurants and a fitness centre spread over six floors. The Centre has two different sides with the more fluid façade facing the Zeil – an important city boulevard – while the opposing side facing the Thurn und Taxis Palace is more formal in appearance. The façade on the Zeil is sucked into the great void of the centre, with its skeletal, curved glazing creating a dynamism and almost serpent-like form.

Another retail design by Fuksas is Europark 2, in Salzburg, Austria – a 50,000 square metre centre with over 130 shops, which boasts being the largest and best performer in sales per square metre in the city. The two-level centre is divided into two large glazed volumes that are penetrated by glazed serpentine skylights, with its exterior landscape design consisting of artificial hills, a bamboo forest and raised timber platforms. The rooftop car park and plant rooms have been covered in red painted mesh and steelwork creating a playful and dynamic roofscape.

The premise of this article first appeared in the December 2015 edition of Shopping Centre News. 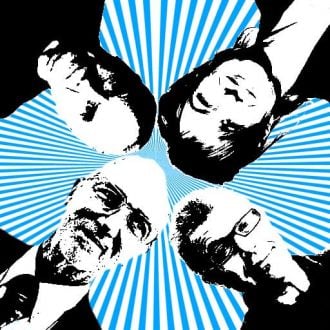