The role of big data in contemporary planning

“How can cities rise to meet big new challenges – and serve more and more people – with resources that are always stretched thin? By finding smart ways to use a resource that is always growing: data,” he wrote.

Launching a new US$42 million program What Works Cities under Bloomberg Philanthropies, he said that the program will offer “technical support and guidance” to US cities wanting to use data to better engage with, and provide for, their communities.

In the world of urban planning, collecting data to assist in decision-making is nothing new, but Bloomberg brings up an important point: how can we utilise the growing volume of online data to better understand the needs of our communities?

Senior Research Planner at Hames Sharley, Rebecca Spencer, agrees that harnessing big data will be one of the keys to success for future urban planners – but advises it’s not a one size fits all approach.

“When a client starts thinking about a new project with us, my role is to pool and analyse as much information as I can about the site or region, to inform the decision making process,” she said.

“I interrogate information from the client’s own sources or databases as well as gather new information to address project specific questions. This often comes from engagement with stakeholders and community members providing clients with a bigger picture of what the people in an area value, as well as issues faced and drivers of change.

“Ultimately my role is to provide justification for investment in a building or outdoor space so that we can deliver a market responsively, and therefore successful, outcome.”

Rebecca says she can certainly see the value in using big data to gather this information.

“As planning and design professionals, our remit is to create places that are highly desirable, places that people will enjoy and use frequently,” she said.

“Researching and teasing out the implications of what we discover is a major part of this, so the more information we can gather about the needs of the user groups, the more targeted our recommendations will be.”

In a study Hames Sharley and Curtin Business School conducted on behalf of the Western Australian Department’s of Planning and Housing in 2013 – The Housing We’d Choose: a study for Perth and Peel – Rebecca and a team of researchers used online surveys, along with focus groups, to better understand the needs of the community.

“The study identified the trade-offs people were willing to make when their preferences were constrained by affordability or location,” she said. “It showed, for example, that people are more likely to make decisions based on their lifestyle.”

“In an increasingly fast-paced world, people are valuing their personal time more, preferring to live in a smaller dwelling closer to work and amenities such as shops, restaurants, cafes and parks, rather than spending long hours travelling between these attractors by car.

“This kind of information is so important for planners, and has since informed the State Government, and the development industry about how to best tailor future residential developments and housing products to meet the needs of the Perth and Peel region’s growing population.”

“We used their website as a portal to provide information to the community and invite people to attend Open Day sessions to discuss plans and give their views,” she said.

“By providing the information in an easy to access digital format, in addition to face to face discussions on the two Open Days, the project gained a greater buy-in from the community and garnered responses from a broad cross-section of people.

“People also started sharing information from the site on Facebook and other social media platforms, which broadened the conversation and provided further transparency.

“It became a kind of digitised public notice board, which was incredibly valuable from a planning perspective.”

Smartphone apps, such as Walk Score – which is already being used by the Office of Planning for Washington DC as an urban planning metric tool – are also on Rebecca’s radar as potential data collection platforms.

“Existing urban environment applications such as Walk Score, which was created as consumer products, are now being used by planners to better understand the community’s desires,” she said.

“Just like the ‘Housing We’d Choose’ research found, these apps are showing how attitudes to lifestyle have changed – from wanting big houses in the outer suburbs to smaller homes closer to public transport, cycling paths, cafes and schools.”

And while Rebecca is interested in learning about how smartphone apps can be used to inform her research, she believes the most targeted results still come from a mix of quantitative data and qualitative feedback – which can only be gained through interactive sessions with the community and stakeholders.

“The kind of information you can gather from smartphone apps is immediate and can be very cost-effective, but because it is so ‘quick and dirty’ there is a lack of depth,” she said.

“There may also be a gap between how much detail you want and how much people are willing to give you – at the end of the day if you want targeted feedback face to face engagement or in-depth online surveys tailored to the task and region of interest are vital.” 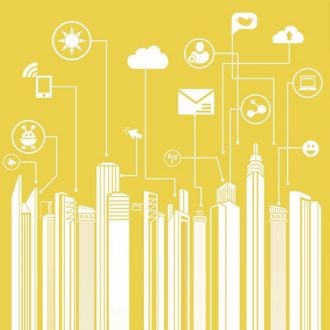