Science and technology advances for a new world

Seven top futurists have shared their predictions with HuffPost Science on what the next decade will bring in science and technology – with a “brain-net” and 3D printers for clothing and human organs being just some of the forecasts.

Dr Michio Kaku, professor of theoretical physics at the City University of New York, told HuffPost Science’s Jacqueline Howard that in the next 10 years there would be the gradual transition from an Internet to a brain-net where emotions, memories and thoughts will be transmitted immediately across the planet.

“Scientists can now hook the brain to a computer and begin to decode some of our memories and thoughts,” Kaku said.

“This might eventually revolutionize communication and even entertainment. The movies of the future will be able to convey emotions and feelings, not just images on a silver screen.”

Dr Ray Kurzweil, director of engineering at Google, also said to HuffPost that by 2025 3D printers will be capable of printing clothing at a very low cost, as well as human organs using modified stem cells.

Kurzweil also predicts the ability to create avatars of people who have died using the information they left behind in emails, images and videos.

“Apps designed by medical professionals will provide efficient real-time feedback, tackle chronic conditions at a much earlier stage, and help to improve the lifestyles and life outcomes of communities in the developed and developing world,” Kjaer said.

While Canton predicts that humans and robots will merge, digitally and physically, with Robo-surgeons operating remotely on patients and RoboDocs delivering babies and treating people over the phone.

Mark Stevenson, author of “An Optimist’s Tour of the Future” said while new technologies are “super cool”, humans still have the ultimate control.

“It’s what society does with them and right now it’s institutional change that’s the sticking point.” 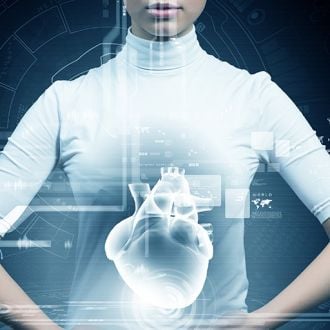