Begging for a better solution

From the global financial crisis to the ever-increasing refugee crisis, homelessness and begging have become a major issue for cities around the world.

In the last global survey of homelessness by the United Nations in 2005, it was reported that an estimated 100 million global citizens were homeless, while a 2015 report from Habitat for Humanity showed that as many as 1.6 billion people lacked adequate housing.

In a recent article published by The Guardian, Ian Wylie reports on the rise in begging as a result of the increase in homelessness and asks the question: How should cities deal with street begging?

“According to the latest surveys, there are now more than 400,000 beggars in India, of which around 46% are female. Bangladesh’s capital Dhaka alone is thought to contain 40,000,” he writes.

“For other cities, however, begging is a much more recent, if growing, phenomenon – and often a controversial one. While the reasons for this global rise are complex, the responses to the issue vary both in their severity and their success rates.”

He said that while some cities are trying to discourage people from giving money, others are seeking more sustainable solutions to the problem.

“Some cities focus on dissuading people from giving money to those who beg. The prevailing wisdom: if you want to help, you’re better doing it by giving money to a relevant charity,” he writes.

“In England earlier this year, for example, Southampton city council ran a “begging you for lasting change” poster campaign, which urged people to give to charities not individuals.

“Other progressive cities are seeking more sustainable solutions, attempting to address the underlying causes and injustices that force many to beg.

“Dhaka’s city’s leaders are trying to learn lessons from a rehabilitation programme in the north-west of Bangladesh, in Nilphamari district, where nearly 1,000 beggars are being trained to farm goats, run tailoring shops and other small businesses.”

He concludes that while there is no quick fix, city bans on begging are no more of a long-term solution than begging itself. 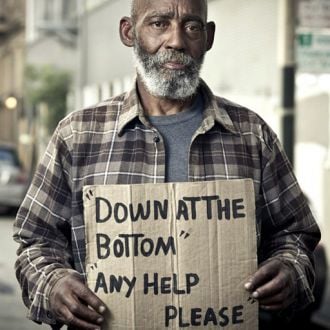