Think smart cities and it conjures up visions of futuristic urban utopias driven by meticulous design, state-of-the-art infrastructure and underpinned by modern principles of sustainability.

Sound like a fantasy? For the world’s first greenfields smart city – Songdo in South Korea – it’s a vision not far from reality. Only 16 years ago, this 600-hectare plot of land 65 kilometres southwest of Seoul was nothing more than a marshy stretch of tidal flats in the Yellow Sea – home to a handful of fisherman. Just over a decade and $35 billion later, the reclaimed land has been transformed into a flashy model of intelligent urban infrastructure that, by the time it’s completed in 2018, will be home to more than 200,000 residents.

Songdo has been designed with all the cutting-edge bells and whistles - sensors to monitor temperature, energy use and traffic flow, charging stations for electric cars and a water-recycling system that prevents clean drinking water being used to flush toilets, to name a few.

Most impressive is the waste disposal system, which sucks waste directly from kitchens and through a vast underground network of tunnels under the city directly to waste processing centres, where it’s automatically sorted and recycled or buried. In the future, the vision is to use this waste to produce renewable energy. In total, only seven employees are needed to handle the city’s entire garbage.

With such technological efficiency, it’s difficult to understand why Songdo has been the subject of so much criticism among architects, urbanists and designers.

According to Chris Maher, Architect and Urban Designer at Hames Sharley, part of the issue are that Songdo feels like a metropolis dreamed up on a computer screen, not one that has evolved over time with a community at its core driving the agenda.

“Technology is just a tool. It can create efficiencies, but technology alone can’t deliver on the complex needs of an ecosystem like a city,” Chris said.

“Technology can be the enabler of a city’s vision, but smart cities need to be led from the ground-up by the citizens of that community. If design and technology solutions aren’t responding to the needs of the people who inhabit a place, then they have no purpose.

“People live in cities for their sense of place – the way they make them feel and how easily they can connect with their surroundings.

“One of the issues with Songdo is it was driven from the top down by theoretical concepts of what a smart city should be.”

Chris said that while established cities face a disadvantage when it comes to retro-fitting ‘smart’ technology into existing design, they have the advantage of the community.

“It’s hard to imagine cities like Sydney or New York ever being able to fit a waste disposal system like Songdo – even if the infrastructure requirements were feasible, the costs would be prohibitive,” he said.

“But where these cities have an innate advantage is they already have a sense of place that has been created over time by the residents of these communities.”

“While governments may play the role of the enabler of the infrastructure, it’s the residents who should provide the roadmap on the issues they want to be solved,” he said.

“This may not always lead to the most efficient, most technological solution, but we need to be comfortable in the imperfect pathways that come out of the process, and not be afraid of incremental steps towards a bigger vision.”

According to Usman Haque of urban consultancy Umbrellium, while smart cities may offer the promise of being able to get to work on time, seamless shopping experiences and unparalleled security, these things make a city bearable, not valuable.

“Any adequate model for the smart city must focus on the smartness of its citizens and encourage the processes that make cities important: those that sustain very different –sometimes conflicting – activities,” he said.

“We have the technology and we usually jump on a solution too quickly without stepping back and saying what are we doing and why,” he said.

“A good idea or technology isn’t enough in itself.

Richard Sennett, Professor of sociology at the London School of Economics and Political Science (LSE) and visiting Professor of Architecture at Cambridge agrees that cities should be more than a mass of faceless infrastructure.

“Songdo represents the stupefying smart city in its architectural aspect.”

“A city is not a machine…we want cities that work well enough, but are open to the shifts, uncertainties, and mess which are real life.” 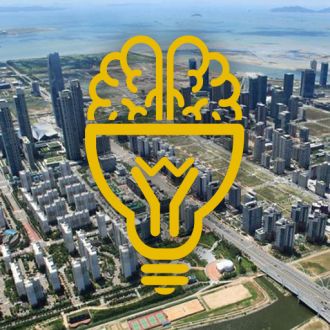