Technology brings people together in public spaces after all

Hampton is a prominent voice in the burgeoning academic debate surrounding the impact of technology on social interaction. The prevailing assumption has been that mobile devices are beginning to dominate people’s behaviour in public, causing increased isolation and diminishing human interaction. But one piece of information was missing from the debate: just how much human interaction in public space actually existed before the age of portable electronic devices, and how much, if any, has been lost?

The resulting study is a first for urban public space research. In the 1970s and ’80s, both William “Holly” Whyte and placemaking organisation People for Public Spaces used time-lapse photography to analyse human behaviour in public space, with ground-breaking results. But Hampton and his team were the first to compare this archival footage to contemporary observations. By filming the same public spaces in the Whyte and PPS studies from similar angles and meticulously comparing the captured behaviour, they found some surprising results. 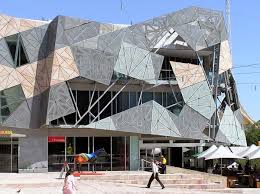