When the British politician, kidnapper and forger Edward Gibbon Wakefield turned his thoughts to nobler ideals in 1831, his focus was to rid England’s cities of unhealthy overcrowding. He developed the concept of planned colonisation (as opposed to the British tradition of penal or slave settlements) and by 1836 the philosophy had yielded at least one success story – Adelaide.

South Australia was based on a principle of religious and political freedom, with its spirit of experimentation extending to the built environment, making it something of a ‘test case’ for ambitious planning and design ventures.

The first Surveyor General, Colonel William Light, who has been credited with the visionary belt of parklands around the city and the functional grid layout, was also a stickler for triangulated rather than running surveys. This eventually got him sacked from his role by the greedy South Australian Company Commissioners who needed cash flow but is just another example of the cultural experimentation that was characteristic of the small English outpost.

Adelaide has the size, intimacy and predictability to be a good launch pad for new ideas.

In an article for the UniSA student news forum, On the Record, marketing expert and University of Adelaide lecturer, Janet Stone agree.

“It’s been common talk that if you break into the Adelaide market, you could break into anything,” she said.

But what does this have to do with the business of design?

In 1906, Louis Laybourne Smith established the first architectural course at the South Australian School of Mines and Industries.

The school expanded rapidly after the Second World War, with town planning (the first course of its kind in Australia), building technology, interior design and landscape architecture courses all being added to its program.

Morphing into the old South Australian Institute of Technology, now the School of Art, Architecture and Design at the University of South Australia, it’s a major force for design in Australia.

But it’s not just this institution that is focussed on regenerative urban design in South Australia, The University of Adelaide also offers degree courses through its School of Architecture and Built Environment.

These pioneering contributions to Australian architecture and town planning put Adelaide ‘on the map’ in terms of design education, inspiring a new breed of design businesses.

Hames Sharley was founded by William Hames and David Sharley in 1976 in Adelaide, at a time when Premier Don Dunstan was wearing hot pink shorts in the halls of power on North Terrace and introducing legislation to decriminalise homosexuality.

These were heady days, and as William says, he was driven by a youthful desire to “do it better,” starting at the bottom designing “exemplar pergolas and even the occasional house.”

Since then, Hames Sharley has certainly perpetuated Adelaide’s cutting-edge traditions in its showcase work. It designed the award-winning Braggs Building (above) on the University of Adelaide campus, which opened in 2013 as the headquarters of the world-leading trans-disciplinary research Institute for Phototonics and Advanced Sensing (IPAS).

The building commemorates two Adelaide University alumni and 1915 Nobel Laureates Sir William Henry Bragg and his son, Sir William Lawrence Bragg – the forefathers of structural biology. Fittingly it houses technology that is able to determine the molecular structure of crystals using x-rays – a process that can be used in medicine, chemistry, physics, mining and biology.

Adelaide is celebrated as a city of churches but it has also built an international reputation on another religion – sport.

Hames Sharley’s role in the re-development of the oval in 2013 and 2014 was a shining example of sensitivity and the need to retain traditions (such as the iconic heritage scoreboard and public grassed mound), while also delivering a world-class sports stadium.

It was Adelaide’s 2003 Thinker in Residence Charles Landry who said, “…when you look around Adelaide… you know it is teaching you as you walk around, it is a learning resource.”

It is that spirit of freedom, experimentation and constant improvement that continues to drive the small city of Adelaide and its innovative businesses such as Hames Sharley, who are now entering their 40th year in business.

Just as William Hames anticipated, it can be done better – and Adelaide has proved it is just the place to do it.

“Today the fundamentals persist, we remain in the ‘business of design’ and we still do it better,” William said.

“We are a collaborative force of different disciplines with radical and free thinkers, we are constantly in pursuit of knowledge, and work hard to develop the ideas and aspirations of our clients with skill and integrity.” 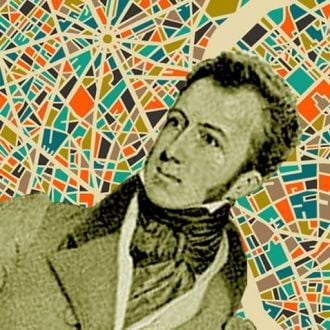