The birth of Zaha Hadid’s buildings

Her mentor, Rem Koolhaas, once said that she was “a planet in her own inimitable orbit,” and while she’s a woman who divided opinion, one thing is certain, the late, great, Dame Zaha Hadid’s buildings are some of the modern world’s most iconic.

Born in Iraq in 1950, she attended boarding schools in Switzerland and Britain from an early age and studied mathematics at the American University of Beirut, before moving to London in 1972 to study at the Architectural Association School of Architecture.

At just 65 years of age she had mounted an enviable CV listing some of the greatest modern architectural designs of our time – from the inspiring London Olympic aquatic centre, to the stunning Galaxy Soho, in Beijing, for which she was honoured as the first woman to receive the Royal Institute of British Architects (RIBA) gold medal.

Hadid was known for her curvaceous, futuristic structures, and her fiery, determined personality, which led her to be called everything from “unbelievably arrogant,” to a “genius”.

But it wasn’t just her personality that divided opinion – many saw her buildings as extravagant symbols of dictatorships.

In an article by The Guardian’s Rowan Moore, published in 2013 (three years before her death), he shared that her stunning architectural work on The Heydar Aliyev cultural centre in Baku, Azerbaijan, had been critiqued for enforcing homeowner evictions in the area, and for glorifying “a regime notorious for its human rights abuses.”

Moore also reported that a fellow Architect, Sean Griffiths, once described Hadid’s work as “an empty vessel that sucks in whatever ideology might be in proximity to it.”

Following her death on the first of this month, there have been a number of articles and tributes written for and about the divisive architect, but perhaps one of the most relevant (at a time of death) was a recent video produced by the BBC, featuring Hadid’s buildings at the time of their birth.

With images and commentary from a renowned architectural photographer, Hélène Binet, who photographed the construction of some of Zaha Hadid’s most iconic buildings over their 30-year friendship, it’s a brief, yet stirring insight into the great woman’s great buildings and the passion behind them.

“She really wanted to record, what I called the childhood of the building,” says Binet.

“She managed to give a sense of (the) endless when you don’t know where the line is born and where it’s finished, that’s an incredible thing.

“There’s not many words to describe her personality and her talent…when you’re given a gift you have to give it to the world.” 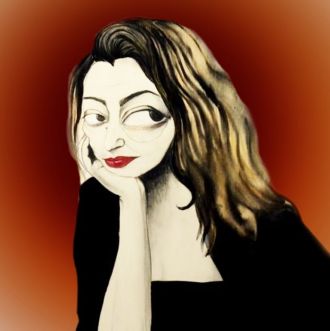